Directed by David Boyle
An evocative film noir set in San Francisco and a nearby small town.

Paul del Moral (Pepe Serna), a small town Nevada sheriff, is driving on a deserted road one foggy night when he spots an abandoned car. Shortly afterwards, he hits a man who gets up and tries to run away before collapsing. The sheriff takes him to the hospital but before he can question him, the stranger checks out. He seems to be shape-shifter!

Meanwhile in San Francisco, Aki Akahori (Ayako Fujitani), a popular mystery writer, arrives from Japan, but is too upset to promote her latest book. She wonders whether she really has as much talent as everyone else thinks she has. She even contemplates taking her own life. A handsome and mysterious Japanese man (Kazuki Kitamura) chats with her at the bar and eventually reveals he knows who she is. Having sex with him is more appealing than wallowing in her depression.

Director Dave Boyle draws out a fine performance from Ayako Fujitani as the writer who finds herself in a life-threatening real life mystery over which she has no control. Pepe Serna is also worthy of praise as the small-town sheriff who patiently tries to put the pieces of this two-city puzzle together. 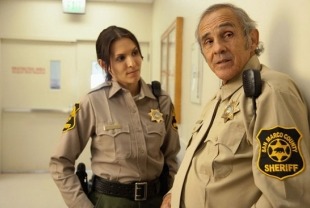 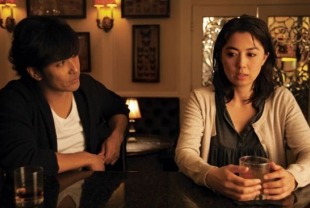