Directed by Simon Curtis
A rousing drama about a Jewish refugee who is looking for closure on her terrible past and a young lawyer who matures spiritually.

In 1907 the famous Viennese painter Gustav Klimt created a stunning portrait of Adele Bloch-Bauer (Antje Traue), a patron of the arts from a well-known Jewish family. The artist's model was the loving aunt of Maria Altmann, then a little girl who, upon seeing the finished work, says she wished her aunt looked happier. For years the painting hung in the Bloch-Bauer home.

In 1941, Maria (Tatiana Maslany) watched the Nazis invade Vienna and begin their crusade of humiliating and killing Jews. Then a young married woman, she saw them confiscate her family's rare art collection, including Klimt's masterpiece. The painting was renamed The Lady in Gold to get rid of its Jewishness. It hung for some 60 years in Vienna's Belvedere Palace and became so popular that it was called Austria's Mona Lisa.

British Director Simon Curtis must love the challenges of pulling off character-driven movies with complicated plots and huge thematic obstacles. He was at the helm of My Week With Marilyn where he delivered an authentic interlude in the life of America's most famous sex goddess. Now with co-screenplay writer Alexi Kaye Campbell, he tackles a group of ethically rich themes including the resurgence of anti-Semitism in Europe, the resistance of many Austrians to face their past in relationship to the Nazis, the mind-blowing extent of the Third Reich's theft of the art of Jewish collectors, and the whole question of the validity of art ownership.

At the center of Woman in Gold is Helen Mirren as the older Maria Altmann, a Jewish refugee who has settled in Los Angeles. She decides to fight to reclaim the portrait of her beloved aunt. In the process, she is given a chance to put closure on the unjust and terrifying events of the past, including the deaths of her parents whom she had to leave behind.

Ryan Reynolds plays Randol Schoenberg, grandson of the Jewish composer Arnold Shoenberg, who decides to take on this complex case even though he has just started working for a big law firm. Throughout the drama, he struggles with the enormity of the legal points which must be mastered as the case goes all the way to the Supreme Court and then to a panel of arbitration judges in Austria in 2006. Altmann is not an easy woman to deal with given her mood swings and need to control things. Eventually, with the support of his wife (Katie Holmes), Randol quits his job in order to devote all his energies to the case. His commitment reveals his spiritual maturity.

Mirren and Reynolds give it all they've got and it shows on the screen. 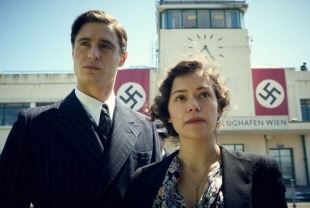 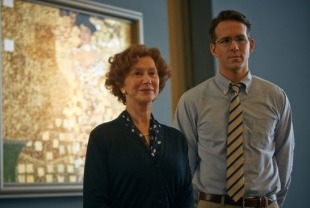 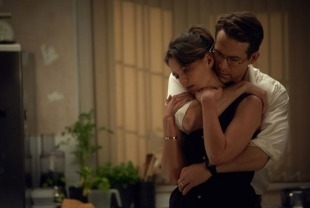 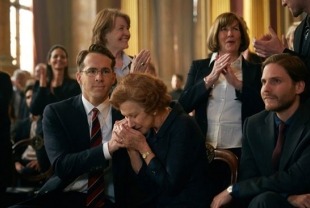