Directed by Noah Baumbach
A poignant comedy about a middle-aged couple who are stuck-in-a-rut in their marriage and work and yearn for a different life together in love.

Middle age for many men and women is a time of spiritual ferment and personal transformation. One might think this process would grow out of new possibilities but it usually takes place in the lives of those who are stuck. For these challenged souls, getting older, according to Mark Gerzon in Listening to Midlife: Turning Your Crisis into a Quest "turns out to have less to do with calendars than with fear; less to do with wrinkles than with truth; and less to do with death itself than with the deepest dimension of life."

Josh Srebnick (Ben Stiller) is a 44-year old documentary filmmaker who has been working for ten years on a serious follow-up to his first film which was a success. Promised funding has not come through and he is unable to pay his patient editor. When Josh goes to see a wealthy hedge fund manager, he stumbles badly trying to explain the film in simple and understandable terms. And he is reluctant to ask his father -in-law Leslie Breitbart (Charles Grodin), a celebrated documentary filmmaker, for help.

Josh's struggle with his mid-life predicament takes all of his time and energy. His talented wife Cornelia (Naomi Watts) is a producer for her father's films. Years ago, she wanted to collaborate with Josh but he made it clear that things would go better if he worked alone. They tried for years to have a baby, but she suffered several miscarriages. Their best friends are caught up in the thrills of new parenthood, leaving Josh and Cornelia feeling unconnected with them. They are irked by their friends' embrace of the "baby cult" and their continual suggestions that having a baby is too great an experience to be missed.

A way out of their frustrations and stuckness appears when Josh, meets Jamie Massy (Adam Driver), an aspiring 25-year-old filmmaker. The younger man has crashed his continuing education class on documentaries and claims that Josh is his idol. He is married to Darby (Amanda Seyfried), who makes ice cream. Together, this young couple, who could be Josh and Cornelia's kids, bring energy, adventure, and fun into the lives of the two unhappy middle-agers.

They live in the present moment, have a simplistic lifestyle, and love to improvise. Jamie convinces Josh to get a hat, to ride a bike (which irritates his back), to attend "street beach" with other twentysomethings, and to go to a shaman's ayahuasca ceremony. Darby introduces Cornelia to the delights of hip-hop exercise and dancing. For the first time in his life, Josh feels that he is becoming a generous person by helping Jamie out on the documentary film he is making.

This new relationship starts out as a pleasant diversion and winds up drawing out some of the hidden conflicts and disappointments in Josh and Cornelia's marriage. Can they weather the storm and come out on the other side armed with fresh insights and a renewed commitment to each other? Is the freedom that has come with their child-free marriage enough to sustain them for the second half of their lives? And what will Josh do with the pain and heartache he sustains when he discovers the real truth about his relationship with Jamie as this wonder-boy uses him and others to forge a truly bold and entertaining new documentary film?

While We're Young is Noah Baumbach's fifth film and like all the others, it provides a creative mix of laugh out-loud comic moments along with a keen and sensitive exploration of poignant themes — the struggles of middle age, the challenges of long-lived marriages, the crises of vocation, the anger at betrayal, and the personal soul-searching that arrives about the same time as arthritis and back problems.

While We're Young is one of the Most Spiritually Literate Films of 2015. 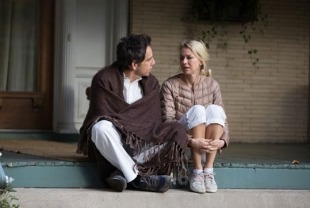 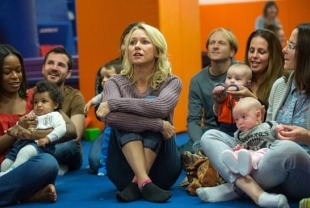 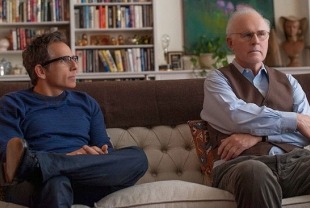 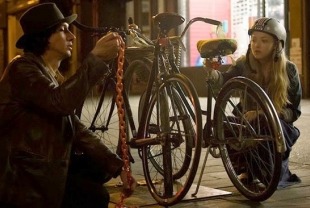