Directed by George Tillman, Jr.
A sentimental movie with a message worth pondering about what it takes to keep love alive.

Sophia Danko (Britt Robertson) is an art history major at Wake Forest University in North Carolina who goes to a rodeo with a sorority sister. There they thrill to the agility and strength of the bull riders, especially Luke Collins (Scott Eastwood), who is just back in the game after a year off due to injury. After a successful ride, he gives his hat to Sophia. Although she is attracted to him, she feels there is no point in meeting him again since she is graduating soon and has an internship in a Manhattan art gallery.

It's not long, though, before Sophia follows the instincts of her heart and goes out on a date with Luke. He charms her with flowers and a moonlight lakeside picnic. He is a simple man who wants to keep the family ranch going while she yearns for the allure of the art world in New York City.

Not only is Luke a gentleman but he proves himself to be a hero when he rescues Ira Levinson (Alan Alda) from death in a crashed car. Sophia retrieves a box from the seat of the automobile. Delivering it to the old man at the hospital, she discovers it contains the letters he wrote to Ruth (Oona Chaplin), the love of his life.

Curious about their relationship and how they dealt with setbacks and obstacles, Sophia reads random letters aloud to Ira in hopes they will be healing and lift his spirits. Through flashbacks, we see the shy Ira (Jack Huston), the son of a Jewish tailor in 1940, swept away when first setting eyes on Ruth. He goes to war and returns home with a wound that prevents them from having children. Although he wants to break off the engagement since all she has ever wanted was a large family, they marry anyway. They draw closer together by making a decision to collect art. They take regular trips to Black Mountain College to purchase paintings by many different artists.

George Tillman, Jr. (Soul Food) directs this romantic melodrama about two parallel love stories by the prolific novelist Nicholas Sparks. As has been the case with other movies based on his bestselling books, we expect that many film critics will dismiss this one as trite, weepy, mawkish, escapist, overwrought, a tearjerker, and sentimental slop. But we liked it. We don't recoil from either predictability or sentiment, and we're not embarrassed to cry our way through a film's ending.

Those who enjoy getting an emotional bath at the movies will understand and respect this one's spiritual message that sacrifices are required to keep love alive in a long marriage. Husbands and wives have to do an elaborate dance of stepping aside to give their loved one what he or she wants. This often involves letting go of ideas, ideals, habits, and dreams we have clung to for years.

Is The Longest Ride formulaic? Yes. Does it contain many romantic cliches? Yes. But hidden away inside the melodrama is a message worth pondering: Give all you have to keep love alive. 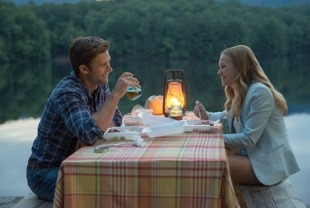 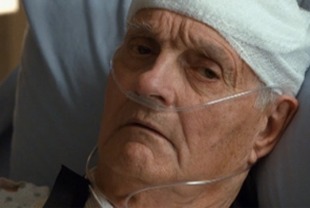 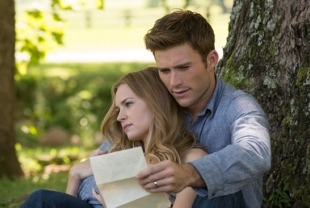 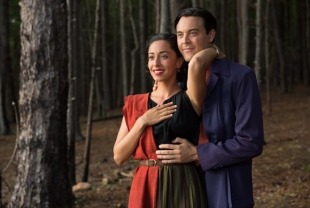 PG-13 some sexuality, partial nudity, some war and sports action