Directed by George C. Wolfe
A poignant drama about a pianist stricken with ALS and her caregiver whose life is transformed during her time with her.

Kate (Hilary Swank) is celebrating her 35th birthday with her husband Evan (Josh Duhamel) and a small circle of Houston friends. An accomplished pianist, she is playing Chopin's Polonaise in A Flat when she notices a tremor in her hand.

Fast forward to a year and a half later. Kate is suffering from ALS, a disease which affects the nerve cells in the brain that control voluntary muscle movement. She is no longer able to play the piano, she uses a wheelchair, and her speech is slurred.

Kate is an upper-class woman who is accustomed to having things go her own way. She has fired a nurse who "made her feel like a patient." Ready for someone new and different to watch over her, Kate overrides her husband's wishes and hires Bec (Emmy Rossum), a self-destructive and unemployed college student who is trashing her mind, body, and soul with cigarettes, booze, and too many one-night stands with men she doesn't know.

It takes Bec a while to deal with the responsibilities of being a caregiver for someone who is getting worse as each day goes by. Like the lovable caregiver in the French hit The Intouchables, we cheer her on as she manages to bring moments of genuine vitality, humor, and cheer to Kate — especially after her marriage falls apart when her husband cheats on her. Pressed to do more for someone else than she ever has before, she rises to the challenge, becoming a changed person in the process.

George G. Wolfe directs this sobering drama which gives us an up-close and personal look at ALS. The effects of a version of this disease were depicted in The Theory of Everything in which Eddie Redmayne gave an Academy Award-winning performance as theoretical physicist Stephen Hawking who has lived for more than 50 years with it. But this film reminded us more of Philip Simmons' brilliant memoir Learning to Fall: The Blessings of an Imperfect Life where the author described his dealing with the disease as the art of "rescuing joy from heartbreak." In You're Not You, Hilary Swank, as always, creates an intense and memorable portrait of a proud woman whose life is shattered by this disease as it devours her ability to walk, talk, and breathe — and yet she finds ways to maintain her dignity.

Emmy Rossum is just right as Bec, the caregiver who learns responsibility and the art of caring for herself while becoming Kate's medical advocate when she is needed. Marcia Gay Harden plays Bec's mother who during one visit reveals the source of her daughter's self -destructiveness. And, last but not least, Josh Duhamel gives a stand-out performance as Kate's husband who reveals the agony that those closest to victims of ALS must go through as they try to be caregivers and loving partners while continuing to work.

In minor roles Loretta Devine and Ernie Hudson play an ALS patient and her husband who exhibit a mixture of optimism, joy, and hope. They also model what it takes to cope courageously and creatively with this dreadful and debilitating disease. 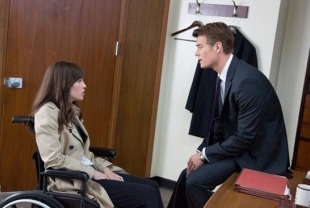 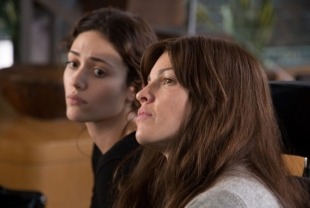 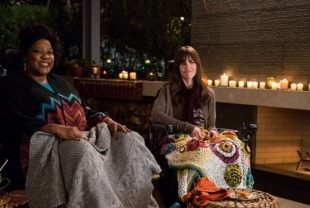 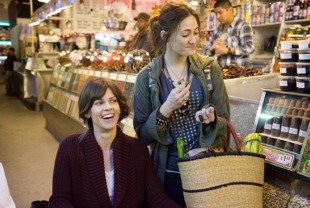 R – some sexual content, language and brief drug use