Directed by Dito Montiel
Robin Williams, in his last performance, as a closeted gay man who discovers that it is time to reveal his secret self.

There are many among us who would not admit to leading a double life, to having a secret self.

Nolan (Robin Williams) is a repressed and troubled 60-year-old man who has been married to Joy (Kathy Baker) for many years. They have worked out a relationship that suits them both: separate bedrooms, no sex, and the freedom to pursue their interests both privately or together. 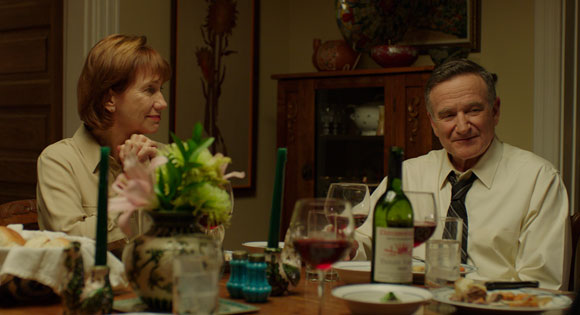 Part of the reasons we love spy stories is that they show us different ways to hide our real selves and assume different personalities.

Nolan hides his secret self of being homosexual not only from his wife but also from his best friend Winston (Bob Odenkirk) who teaches literature and is constantly giving him advice. He hasn't revealed much about himself at the bank where he has worked as a loan officer for 25 years. He earns a tidy salary and is not excited when his boss recommends him for a manager's position at another branch.

Do we really know ourselves? Philosophers have pondered that piercing question, and spiritual teachers have counseled us to live with the manifold mysteries of human nature.

Driven by his desire, Nolan picks up Leo (Roberto Aguire), a gay hustler on the Boulevard and takes him to a rundown motel room. When the young man begins to take off his clothes, Nolan stops him and indicates that he doesn't want to have sex. He just wants to talk.

On another evening, the banker makes it clear that he is really interested in turning Leo's life around. He takes him out to dinner and gets him a job at restaurant, but the youth doesn't show up for work on the second day. Nolan even comes to the rescue when Leo is beaten up by his pimp. 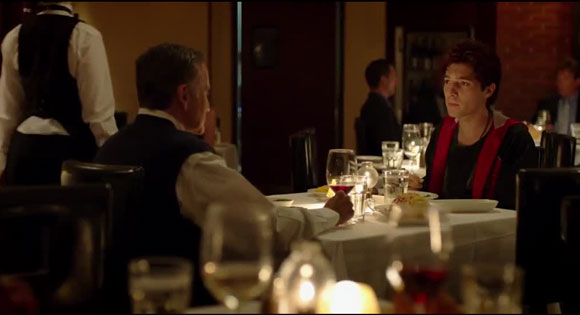 There comes a time in our secret lives when we don't know where to draw the line between the ache of longing and the pain of frustration.

The more Nolan tries to change Leo's life, the more he gets unhinged himself. Joy notices his lies and senses he is cheating on her. Winston worries about his health, and his boss is unhappy with his tardiness and lack of focus on his work. Nolan has been visiting his dying father in the hospital. He attempts to tell him about the moment he realized that he was gay, but his father turns his head away from him.

Dito Montiel directs this film which stars Robin Williams in his last role. Nolan is an odd fellow who desperately wants to come out of the closet but until the end lacks the courage to do so. It is a creepy performance that lacks that depth and nuance that Alfred Molina and John Lithgow brought to their roles as two gay lovers in Love Is Strange. But then, much of the fault lies with the weak screenplay by Douglas Soesbe.

Although many men never seem to be at home in their flesh, others defy the odds and are able to move beyond the torturous world of secrets.

We rejoice when Nolan reveals his homosexuality to Joy, to Winston, and to his father. By doing so, he releases himself from the prison of his own making, and he is ready to begin dating gay men.