Directed by Pablo Fendrik
Magical story about a man who emerges from a river to look after a farmer's daughter, the rainforest, and a stunning jaguar.

"Rainforests are one of the most complex, beautiful and important of the many ecosystems on the planet," naturalist Gerald Durrell has stated. "They are also ones that, primarily out of greed, we are destroying with the savage, unthinking ferocity of a troop of drunken apes in an art gallery. But whereas pictures can be repainted, tropical rainforests can't be recreated."

This intense drama is set in the Argentinean rainforest where Kai (Gael Garcia Bernal) lives simply by his wits. He once had a farm but it was taken away from him by merciless land-grabbers. Four of these murderers have already burned part of the rainforest. This destruction of his habitat does not please a jaguar, who is ferocious to everyone except Kai. 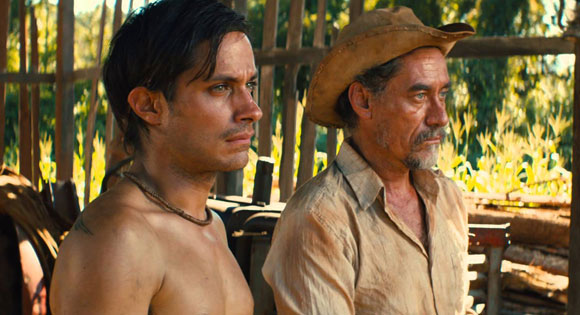 One day, Kai emerges out of river and sets off to do what he can for a farmer (Chico Diaz) who has been threatened by the four strangers. When the hired hand (Lautaro Vilo) is wounded badly, Kai operates on his stomach. He then rescues the farmer's daughter (Alice Braga) from being raped.

The head mercenary (Claudio Tolcachir) who works for the companies interested in taking over all the farms in the region returns to kill those who have dared to challenge his authority. Meanwhile, Kai is emboldened by having had the jaguar sit by his side while he was sleeping in the woods. 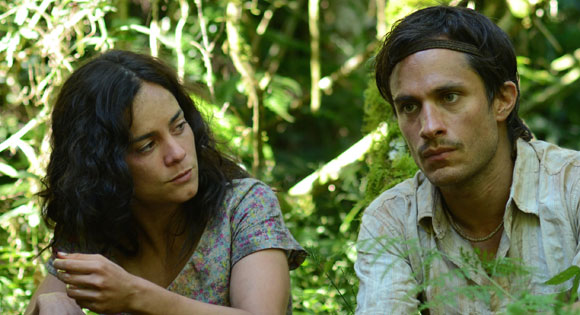 Pablo Fendrik has left a number of openings in Ardor that transport it into the realm of magical realism. Notes on the screen inform us the ancient rainforests have called into being protectors from the river to help those who truly share their love of the environment. In this film, the farmers, their families, and the jaguar, are all threatened by the greedy businessmen who have no love or respect for the rainforest. Progress is brought to the region with domineering barbarism, and we sense only a force from the magical realm will stand in its way.

R - for violence, some gruesome images and a scene of sexuality