Directed by Yann Arthus-Bertrand
An astonishing three-hour film with many voices expressing the best and the worst of humanity.

"Only the unity of all can bring out the well-being of all."

The quest for unity is the salient point of spiritual practice in the 21st century. It is manifest in attempts to live in harmony with others and in our community-building efforts. Unity is also about affirming commonalities, respecting differences, and celebrating the diversity of the Creation. Without unity, there is little hope for the flourishing of compassion, justice, or peace.

Human — which you can watch through the links to volumes 1 - 3 toward the end of this review — is an astonishing three-hour documentary by Yann Arthus-Bertrand. He is the award-winning photographer and author of more than 40 books, including the international bestseller The Earth from The Air. He chairs the GoodPlanet Foundation, an NGO that promotes sustainable development. 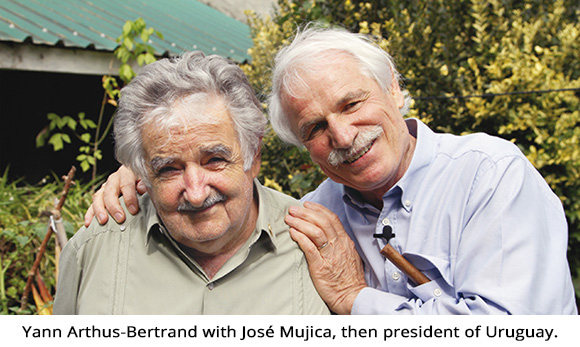 In preparation for this monumental documentary, Bertrand interviewed more than 2,000 people from 60 countries. The goal was to have many voices expressing the best and the worst of humanity. Bertrand is a realistic optimist who has given ordinary men and women a chance to speak their truths.

During an interview at the Venice Film Festival, the director said:
"I think the only way to make people think is through emotions. Not through the brain — through the heart." Many of those interviewed weep openly as they touch upon the pain, suffering, and death they have witnessed: a Hiroshima survivor, Rwandan genocide witnesses, American veterans, Syrian refugees and many others. Their poignant stories pull us in, and we remember what Angeles Arrien explained, "That which we witness, we are forever changed by, and once witnessed we can never go back."

The onscreen interviews are presented in tandem with aerial shots of cities, oceans, deserts, forests, and crowds of people. We have created a gallery with some of these outstanding photographs with captions from the documentary. These visual interludes give us a chance to pause and contemplate what we have heard in the interviews. The images also depict the human quest for work, meaning, and fun (see the wave pool at the packed Chinese swimming park). 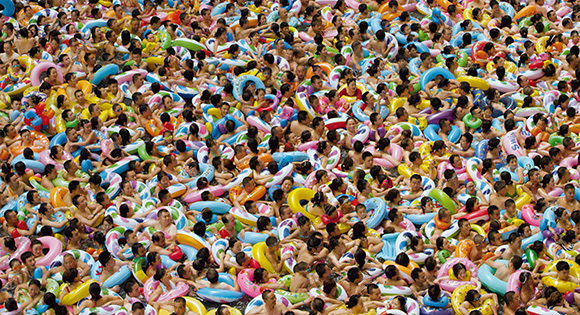 At the heart of Human: A Portrait of Our World is a series of essential questions which form the spiritual and philosophical foundation of the documentary:

Bertrand calls his film "A Conversation with the World" and so it is. You will hear people talk about forgiveness, marriage, sex, strangers, tolerance, poverty, women's rights, happiness, homosexuality, immigration, and modern slavery. 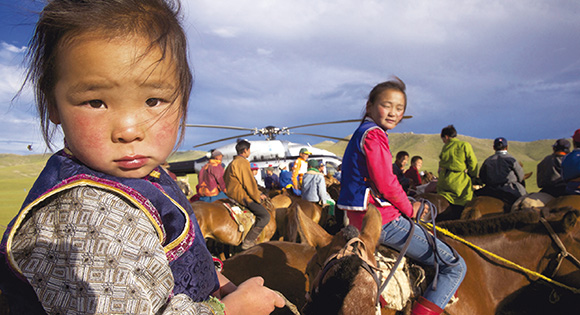 There's a Native American saying: "Any persons whom you have ever met, even if you have just exchanged a glance on a bus, have become part of your being and consequently you are, in some sense, responsible for them." Films such as Human create that kind of exchange. We are grateful to Bertrand for this extraordinary documentary that moves us from "Me to We" as our hearts, minds, and senses merge with others in the spiritual journey of unity.

— Roger Housden in Ten Poems To Open Your Heart

Thanks to the unconditional and exceptional support of the Bettencourt Schueller Foundation, French TV France 2 and Google, this project produced by the GoodPlanet Foundation, will be accessible to the widest possible audience throughout the world. On September 12, 2015, Human Day, there was a screening at the United Nations, and it was screened at the Venice Film Festival. Google has made the film available through dedicated YouTube channels with content in English, Russian, Spanish, Portuguese, Arabic and French. These channels offer three 90-minute films, forming a natural extension of the HUMAN project:

After the launch of the initial content, a regular feed of exclusive content prolonged the HUMAN experience over the course of a year. See the film's website for more about the distribution plans.

Genesis of the film