Directed by Scott Cooper
A riveting drama that takes us into territory previously unexplored in gangster movies.

It is a sad fact of law enforcement that officers depend a great deal upon informers. Black Mass is a riveting crime drama about the use of these double-dealers by the Boston office of the Federal Bureau of Investigation. It is based on the book of the same title written by Boston Globe reporters Dick Lehr and Gerard O'Neill about the notorious worlds inhabited by agents and their sources. 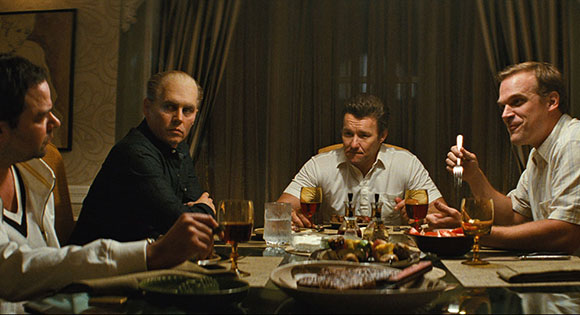 At the center of this sordid and violent story is James "Whitey" Bulger (Johnny Depp), the Irish-American gangster who took a ride with FBI protection and saw his own criminal activities flourish while his rivals in the Italian Mafia faded away. The man who set this whole operation into motion was John Connolly (Joel Edgerton), an ambitious FBI agent who grew up with Bulger in South Boston. The deal was that in exchange for information about the Italian mob, his boyhood buddy would be given license to carry on his crimes of assault, armed robbery, extortion, drug-dealing, loan-sharking, and rape. 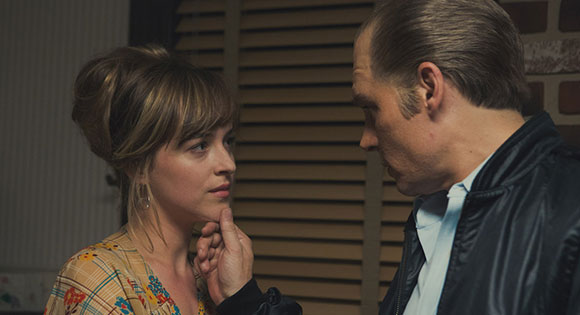 Johnny Depp gives a shrewd and scary performance as Bulger, a sociopathic killer who enjoys shooting, strangling, and torturing those he regards as enemies. He puts on a chilling display of menace in a close encounter with Connolly's wife (Julianne Nicholson), who hates him and pays the price.

Joel Edgerton does a fine job catching the high wire tension and vulnerability felt by Connolly as he is open to attack by his informants and his superiors (including Kevin Bacon) in the Boston FBI. Also noteworthy in a supporting role is Benedict Cumberbatch as Bulger's younger brother, a State senator. 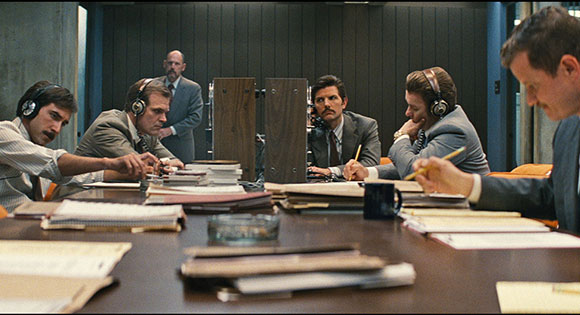 Director Scott Cooper takes Black Mass into previously unmapped territory for gangster movies. Here is an intense expose of legal and ethical misdoings by law enforcement officials as well as by cold-hearted criminals.

R - brutal violence, language throughout, some sexual references and brief drug use