Directed by Jafar Panahi
A cogent and playful documentary about the banned filmmaker's return to the streets of Teheran.

In December 2010, Iranian film director Jafar Panahi received a 6-year prison sentence and a 20-year ban from filmmaking thanks to his support of the opposition party in the 2009 election. This Is Not a Film depicted his last gasp of freedom as he awaited word of his appeal, which was denied. That film was shot by his good friend Mojtaba Mirtahmasb on an iPhone and a digital camera and was smuggled into France in a cake for submission to the Cannes Film Festival. Under house arrest, Panahi seemed apprehensive about his future, yet he managed to continue saluting freedom and condemning tyranny. In a less cogent and clever follow-up, Closed Curtain, Panahi conveyed more of the tedium of being housebound.

Taxi brings this gifted filmmaker back to the streets of Teheran where he put together a remarkable collection of dramas. His first feature, The White Balloon (1995), charted the quest of a determined little girl to purchase a goldfish for the New Year's celebration. The Mirror (1997) explored the disarming ways in which children express their distinctive personalities. The Circle (2000) showed how a group of women, severely constrained by the patriarchy, religion, and custom, nevertheless nurtured their souls with the tonic of freedom. Crimson Gold (2003) depicted the growing chasm between the rich and the poor in Teheran. And Offside (2006) was a funny and poignant film about some passionate female soccer fans that ended with a mystical moment of oneness. 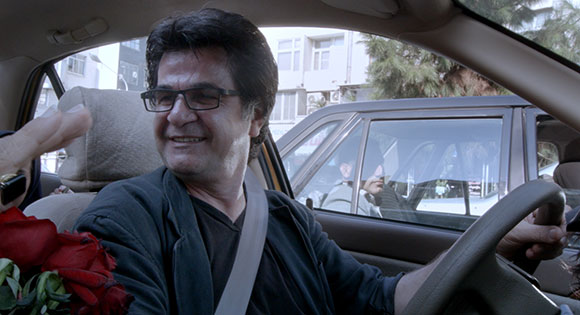 In this film, Panahi drives his taxi here and there and we meet a cross-cut of Iranians who give us a sampler of the country's chief concerns and the role of cinema in the lives of its citizens. An authoritarian man gets in an argument with a school teacher when he states that those who steal tires off cars should be hanged; she is appalled by the idea of putting thieves to death for such a minor crime. A nervous DVD bootlegger who recognizes the director makes a nice profit by selling a batch of movies suggested to a customer by Panahi himself. Then a man with a bloody head who was injured in a bicycle accident decides to have the bootlegger tape his last will and testament. He knows that if he does not do this now, his wife will get nothing. 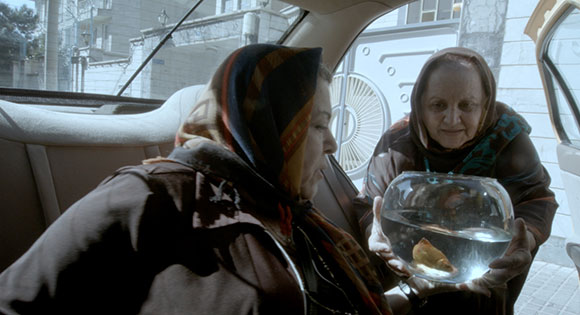 Panahi, like Hitchcock, derives pleasure from references to his previous films. When two women get into the taxi, one of them is carrying a goldfish. And a lawyer who has been disbarred tells the driver of a case of hers involving an Iranian woman put in prison for trying to see a men's volleyball match; that rings a bell with the yearning of the women in Offside who were denied the right to see a soccer game. 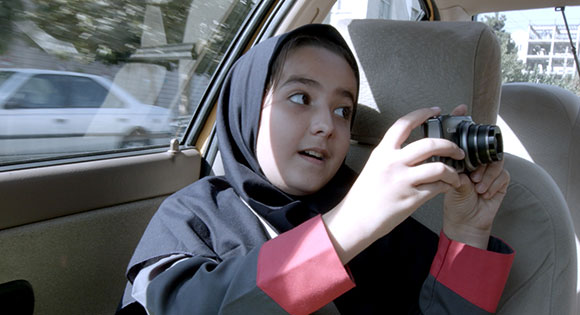 Panahi saves the best for last — some time spent with his precocious 10-year-old niece Hana who is an aspiring filmmaker. Her short movie is ruined when a poor boy refuses to give back the money another man dropped on the street. Her film teacher has told the class to avoid "sordid realism" in their creations. She rails at such restrictions just as much as her uncle has in making his illegal three films.