Directed by Colette Bothof
A touching portrait of a shy 16-year-old whose life is transformed by her encounter with an outsider.

"I had no idea what could change in just one summer," notes Anne (Sigrid ten Napel) the pretty 16-year-old narrator of this top-notch film directed by Colette Bothof, a Dutch filmmaker. She lives with her family in the countryside where a power plant dominates the landscape; it is according to Anne's sickly mother (Willemijn van der Ree), the cause of her many physical maladies. Anne's father (Steef Cuijpers) affectionately calls her "Blossom." She also has two brothers: one is older, De Peer (Martijn Lakemeier), and the other (Pepijn van Putten) is mentally handicapped. 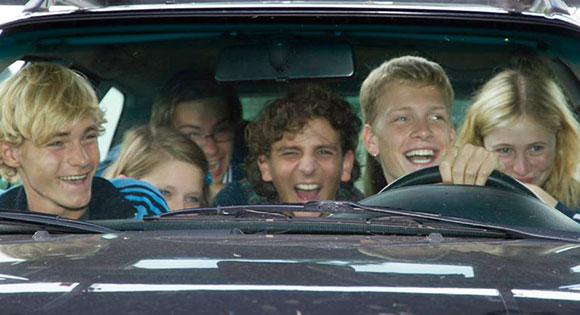 Anne hangs out with her brother and a band of other youth who have no creative outlets for their energy. But it is summer, and as the song goes, "the living is easy." These adolescents ride their bikes, swim, and drive cars too fast. Although De Peer is popular, Anne is a loner who has been nicknamed "Ms. Silence." She keeps to herself and does not have a regular boyfriend, even though quite a few of boys are attracted to her. 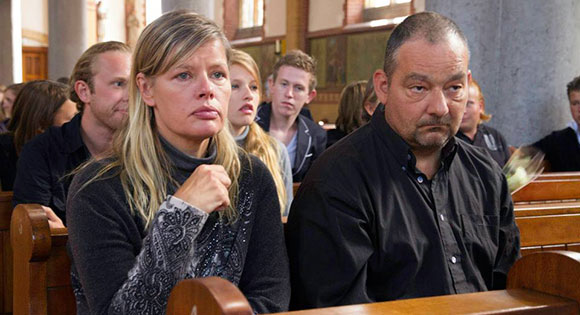 Anne's breakthrough happens one summer day when she meets Lena (Jade Olieberg), who clad in leather clothes rides into her life on a motorcycle. This self-confident young woman with a warm smile is attracted to Anne but knows in her heart that they are very different from each other. She patiently guides their intimacy which develops over time. 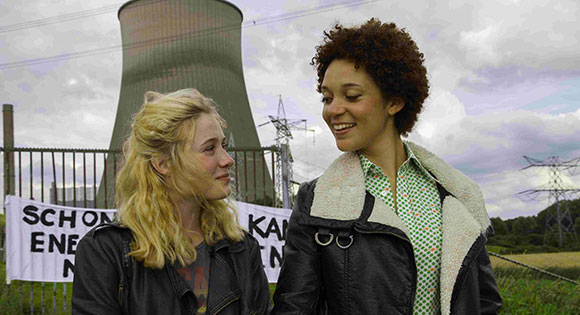 The emotionally literate screenplay by Marjolein Bierens focuses on Anne's challenge to step outside her small circle of family and friends and set her own course of independence from them. When she does act on the sexual feelings she has for Lena, they are ridiculed by their peers who have been taught by their parents that being gay is tantamount to being evil. Nor does their Catholic church affirm Anne's gay love affair, causing more inner tension.

When she introduces Lena to her family, it does not go well. In order to save himself from "suffocation" by his parents, Anne's older brother creates his own home. Anne's way of heading out into new territory is by loving Lena.

This tender and moving Dutch film is admirably carried on the slender shoulders of Sigrid ten Napel whose character is on the screen most of the story. She takes us on a tour of feelings such as yearning, peace, joy, hope, disappointment, anger, doubt, and playfulness.

"For many years I have admired the beautiful, piercing scripts and texts of writer Marjolein Bierens. Without exception they are violent and moving stories. Political while at the same time very rough. Stories that get under your skin, that one can empathize with, and that haunt one.

"Summer is such a story. With this script we want to make a film that is raw and harsh, but also life-affirming and touching. A film that is rounded in reality, but at the same time larger than life. A film in which reality and poetry, beauty and ugliness, rawness and romance, tragedy and lightness coexist, sometimes shrilly contrasting, sometimes complementing one another."
– interview with director Colette Bothof.