Directed by Mina T. Son, Sara Newens
A pleasant documentary about three adolescents trying to represent the U.S. in table tennis at the 2012 Olympics.

"Table tennis is the most popular racquet sport in the world and ranked second overall in terms of participation. Over 10 million players compete in sanctioned tournaments each year."

The popular sport of table tennis, a.k.a. ping pong, because an Olympic medal sport at the 1988 Summer Olympics at Seoul. Young and old alike enjoy watching and participating in the game known for its back-and-forth rallies, slams and spins.

"A modern table tennis match at the elite level lasts on the average about 30 minutes. Top players often smash the ball at speeds exceeding 100 miles per hour."

For many table tennis players, speed is the name of the game. On the elite level, it is a very physical game as players dance back and forth the end of the 9' x 5" table, reaching for balls that seem to come from all directions. 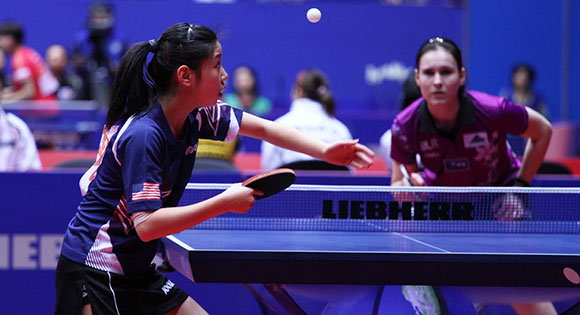 Top Spin, a documentary directed by Mina T. Son and Sara Newens, follows three gifted teenagers -- Ariel Hsing, Michael Landers, and Lily Zhang — as they compete to represent the United States in the 2012 Olympics. We watch them train during grueling six-hour practice sessions and then test their skills in international tournaments.

"How many balls can two players hit back and forth in 60 seconds? The current record is 173 set by Jackie Bellinger and Lisa Lomas in 1993."

The directors of this documentary treat us to long volleys by the players, broken only when a ball dribbles off the net or bounces off the side of the table. If you haven't watched this sport, you will be amazed at the tension and drama in each match. 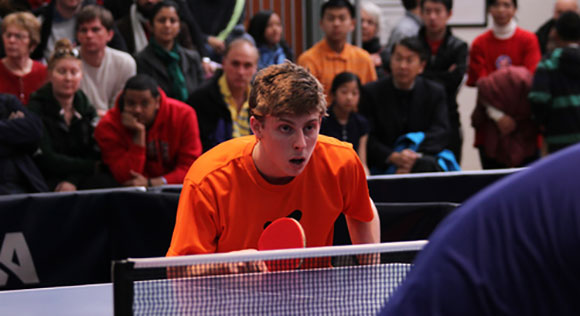 Ariel, Michael, and Lily struggle with the burdens and pressures of competition, the mind games, the long trips away from home, their relationships with parents and coaches, their passion for the sport, the feeling of missing out on the normal activities of adolescence, and the challenge of thinking about the future and what it holds for them. 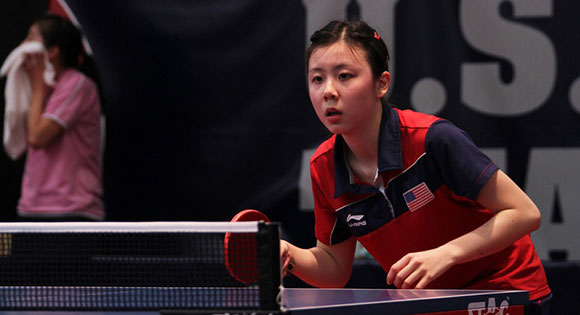 Meanwhile, we follow their progress as proficient table tennis players and think about how we would handle either victory or loss.