Directed by James Vanderbilt
A bold exploration of some of the challenges faced by investigative journalists in an age of dirty politics.

"There are only two mistakes one can make along the road to truth; not going all the way, and not starting."

Truth is a tense and poignant film about the burn-and-crash of a journalist's illustrious career, a stomach-churning portrait of the dirty tactics of political hit men, and a study of the sad state of investigative journalism in times when even the news is shaped by commercial interests.

In the first section of this journalistic thriller, Mary Mapes (Cate Blanchett), a hard-working journalist for 60 Minutes who broke the story of the U.S. military's abuse of prisoners at Abu Ghraib in Iraq, is working on another controversial story. She is investigating how George Bush was able to avoid the draft during the Vietnam War by serving in the National Guard; she wants to know if political strings were pulled to get him this alternate service and also if he fulfilled his duty. It's 2004 and Bush is president of the United States. She believes that asking questions is how you get to the truth.

Mr. Bush's commander died in 1984, but she gets a break when she is contacted by Lt. Col. Bill Burkett (Stacy Keach), a National Guard veteran who gives her some documents which seem to prove that Bush was AWOL during his service, a fact that has been covered up. After having several experts verify the documents' legitimacy, even though only copies are available, she prepares an expose for 60 Minutes. 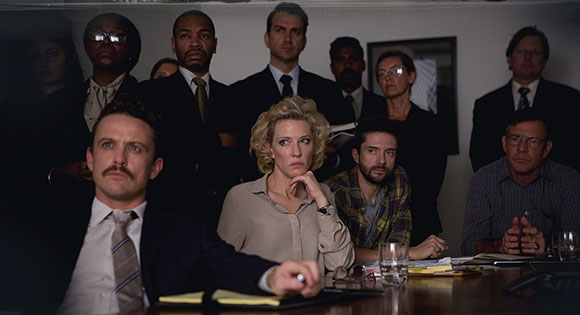 At first it looks like a journalistic triumph, but then bloggers on the Internet begin to question the documents, citing such things as the use of a superscript "th" and a font not available on typewriters at the time. Were the documents recently created in Microsoft Word? Instead of being about George Bush's National Guard service, the story becomes whether CBS used forged documents. Republican supporters of the President go after Mapes and CBS News Anchor Dan Rather for political bias in the news. When Burkett changes his story about how he got the documents, we begin to wonder whether Mapes and CBS are victims of political dirty tricks. Mapes has a close friendship with Dan Rather (Robert Redford). Together they lament the increasing clout of corporate power over investigative journalists.

"By doubting we are led to question, by questioning we arrive at the truth."

Truth is directed and written by James Vanderbilt and is based on Mary Mapes's 2005 book Truth and Duty: The Press, the President, and the Privilege of Power. Cate Blanchett gives another stunning performance to add to her already illustrious career. She is exuberant in her passion for putting together a story; angered when her father criticizes her publicly; beleaguered by all the ups and downs of this expose; and furious when grilled by a panel of adversaries that are out to end her career. 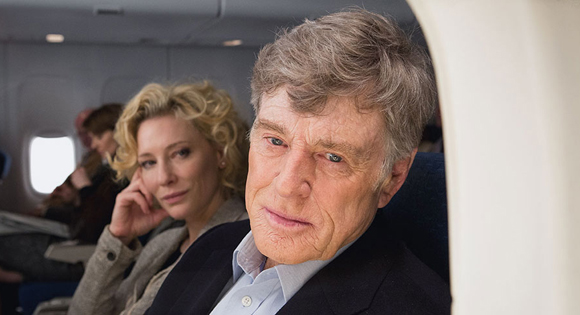 A fine cast of supporting actors shine in smaller but essential roles - Robert Redford as Dan Rather; Topher Grace as an ardent believer in justice; Dennis Quaid as a military consultant; Bruce Greenwood as the President of CBS News; and David Lyons as executive Producer of 60 Minutes.

"The pursuit of truth will set you free; even if you never catch up with it."