Directed by Camilla Nielsson
A hard-hitting documentary on the complexities of creating a workable democracy in Africa.

"The whole idea of a democracy is that we ourselves, the people, are supposed to make a path of our politics, and it is we who with our feet and our vote and our labors and our vigilance are supposed to shape our country."

In this engrossing documentary by Danish filmmaker Camilla Nielsson we watch in utter disbelief the deceptive, arrogant, and brutal workings of dictator Robert Mugabe who took over the post-colonial country of Zimbabwe after winning the war for independence. His seven-year genocidal campaign against dissidents and protestors resulted in the deaths of 20,000 people. Since then, the secret police have terrorized citizens. 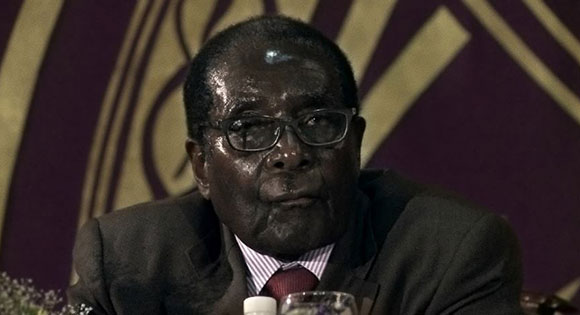 In 2008, there was so much corruption in Mugabe's re-election campaign that the U.N. and other powers demanded that Zimbabwe create a new democratic constitution. 5,000 public meetings were set up to measure the citizenry's constitutional preferences. The noble idea was to give the people a chance to make a path of their politics. 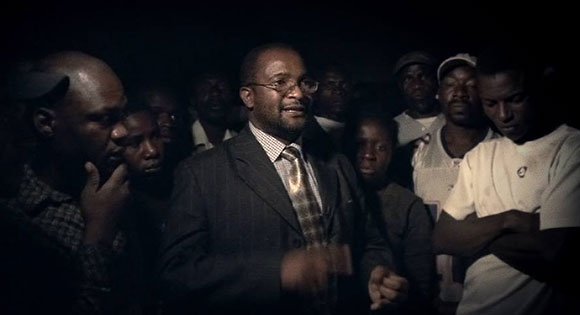 Two politicians are chosen to serve as overseers of the drafting of the constitution. M. Paul Mangwana represents ZANU-PF, Mugabe's Party, and Douglas Mwonzora is the opposition candidate from the Reformist Movement for Democratic Change (MDC). During this transitional period, Mangwana flaunts his power and shows little respect for the people of Zimbabwe who are to him nothing more than pawns to be moved and sacrificed in order to win the game. Of course, he pays tribute to all those who take orders from Mugabe. Meanwhile the government resorts to its old ways by imprisoning the opposition party candidate.

"Democracy cannot succeed unless those who express their choice are prepared to choose wisely. The real safeguard of democracy, therefore, is education." 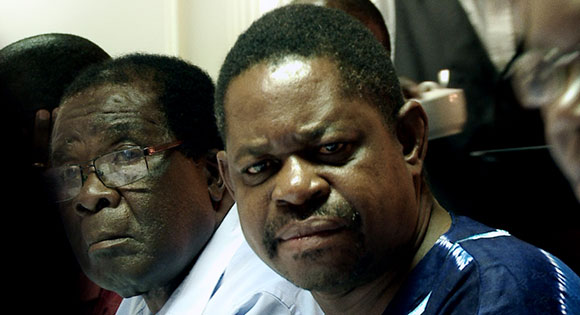 Danish director Camilla Nielsson's feature debut is an impressive piece of work which will be of interest to all those who care about the future of Africa and the fate of democracies which are struggling to bloom where the soil appears to be weak and resistant to flowers.