Directed by Deniz Gamze Ergüven
An astonishing Turkish drama about the oppression of five spirited young women whose sexuality frightens the Muslim elders in the community.

In the opening scenes of this astonishing drama set in a Black Sea coastal village in northern Turkey, five orphaned sisters rejoice in the beginning of their summer break from school. For Lale (Günes Sensoy), it is a time of sadness at the parting of her favorite teacher (Bahar Karimoglu) who is going to Istanbul. Frisky as a band of mustangs romping freely, these spirited girls play in the sea and ride on the shoulders of some boys trying to deck each other. Then the sisters take some apples in an orchard and are scared away by a farmer who aims his rifle at them. 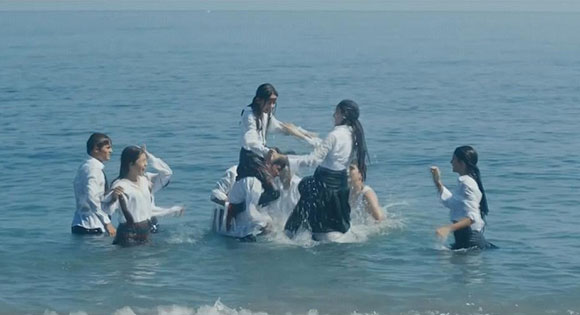 When they arrive home, they learn that a pious neighbor has accused them of pleasuring themselves on the boys' shoulders. The sisters are slapped around by their angry grandmother (Nihal G. Koldas) and then beaten by their uncle Erol (Ayberk Pekcan) for acting in public like whores. Even after their medical examinations prove that none of them has lost her virginity, the girls are locked in the house.

Contact with the tainted world is cut off as the sisters' cell phones and computers, makeup, and skimpy clothes are taken away from them. A group of local women arrive to teach them how to cook and keep house. Lale says in her voice-over narration that their home has become "a wife factory." 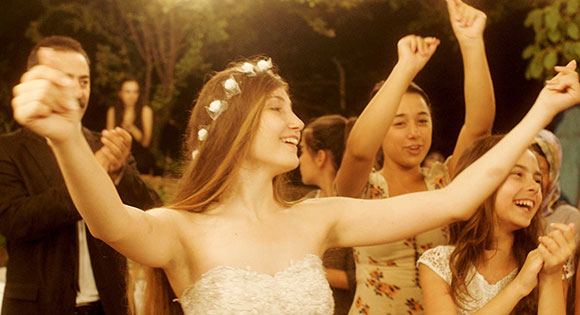 Meanwhile, their grandmother begins to arrange marriages for each one of them starting with the oldest Sonay (Ilayda Akdogan). When she insists that she will only marry her boyfriend Ekin (Enes Surum), the matchmakers agree. Selma (Tugba Sunguroglu) is not so fortunate; she is saddled with a boring and uptight young man. It won't be long until they are all married off, a prospect that forces Lale to act. Anticipating that she may need to flee an arranged marriage, she secretly learns how to drive.

Co-writer and director Ergüven has done a marvelous job revealing the insidious ways that Muslim fundamentalists have demonized sexuality and made it into a multi-headed monster that must be tamed. In the process, these vibrant sisters are treated as evil-doers when all they are doing is expressing their quest for freedom. We celebrate them when they escape the house and attend a soccer match where the crowd consists only of women. 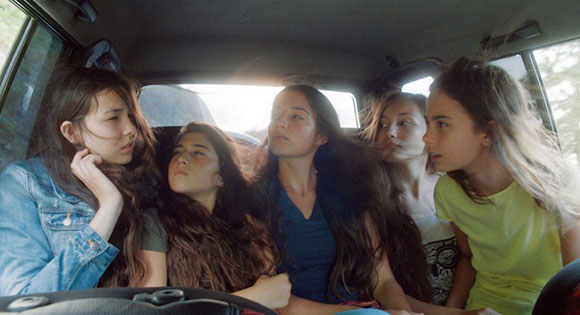 We have written about some of our favorite films about sisters and will enthusiastically add Mustangs to the list. We thought of the quotation from the Three Musketeers where solidarity is saluted in the phrase: "One for all and all for one." Seeing them bond together brought to mind the challenges faced by the five Bennet daughters in Pride and Prejudice and the Lisbon sisters in The Virgin Suicides.