Directed by Francis Lawrence
A grand finale for the series in which the characters deal with the spiritual question: What is the truth?

"Real or not real?" That is the deeply human question at the heart of this grand finale to The Hunger Games. The series is based on the bestselling trilogy of young adult novels by Suzanne Collins; the third book has been adapted into two movies.

In the first film in the series, Katniss Everdeen (Jennifer Lawrence) and Peeta Mellark (Josh Hutcherson) survive the gruesome battle where young tributes from the 12 districts of Panen are forced to fight to the death. In the second film, they return to the arena with other past winners; she escapes but Peeta is left behind. In Part 1 of Mockingjay, Katniss is recruited to be the voice of a revolt against President Snow (Donald Sutherland), who rules Panen from the Capitol; there Peeta is now making propaganda speeches against her. 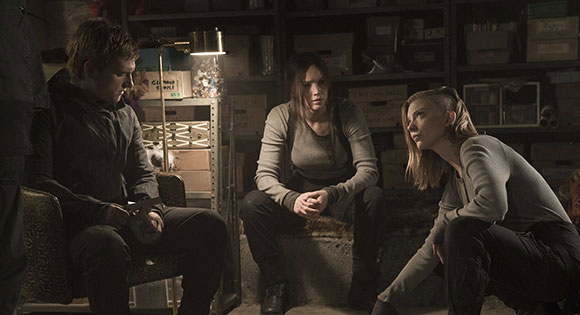 At the outset of Part 2, Katniss is worn-out and frazzled by the responsibility of serving as a cheerleader for the rebels and their battle against Snow and the Capitol. She is mentally depressed by the winds of war, saddened by Peeta's (Josh Hutcherson) hatred of her brought on by the torture and brainwashing while held prisoner by Snow, and fearful of the real goals of Alama Coin (Julianne Moore) who seems to have her own agenda for the future of the districts. Equally troubling is her anxiety about her vulnerable little sister Prim (Willow Shields) and her unhappy exposure to the vengeful side of Gale (Liam Hemsworth), her childhood sweetheart.

Although the burdens of leadership weigh Katniss down, she is determined to help stop the oppression she has witnessed. In District 2, where she goes to convince the people to join the rebel cause, she is grabbed by one man who puts a gun to her head. Calmly and convincingly, she tells him they must band together as one family to seek freedom from tyranny and control. 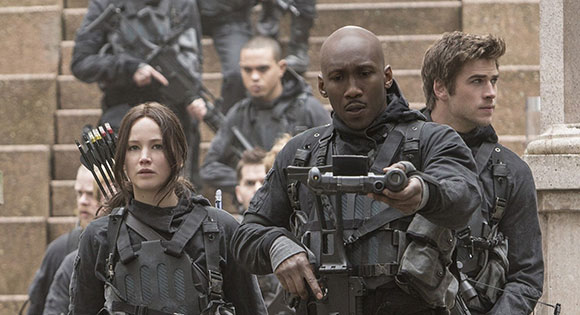 Mustering all the strength, willpower, and prowess she can, Katniss next decides to set out on her own mission: to assassinate Snow. She is joined by Gale and an elite squad who are very aware of her value as a spokesperson for the rebellion.

Meanwhile, Snow and his troops have prepared for a rebel invasion. They have installed "pods" throughout the streets, which trigger explosions, rapid gunfire, a flood of hot black oil, and an underground attack by flesh-eating mutants. Director Francis Lawrence builds the tension in the movie by focusing on these many obstacles that Katness and her squad of warriors must face. But it is a bombing that shocks us all due to its extreme inhumanity. 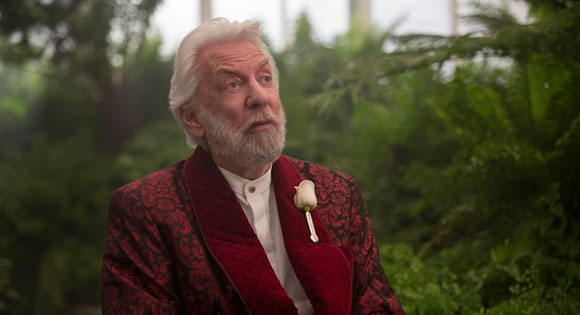 The Hunger Games films are some of the best movies ever made about dystopias. They reflect the fears and the excesses of contemporary societies, raising up such themes as the acceptance of violence as built into the natural order of things; the persecution of individualists and freedom fighters by ruthless and uncontrolled governments; and authoritarian rule with a complete disregard of human rights.

Mockingjay, Part 2 brings this story to a satisfying conclusion. It leaves us with a spiritual question: What is the truth? Peeta asks it when he is trying to determine how Katniss feels about him. She ponders it when she must decide whether or not to assassinate Snow. We as filmgoers ponder it when we find similarities between what the characters say and what we've heard from our own political leaders. 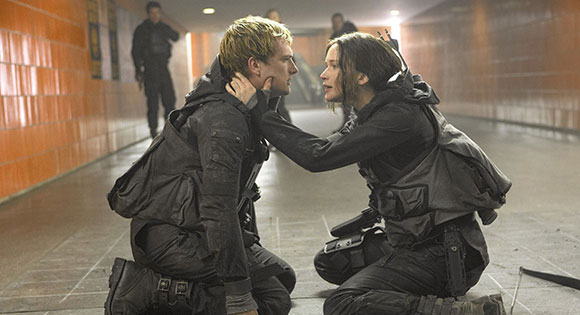 While considering what is really important, Katniss is haunted by the casualties, the consequences, and the futility of war. At one point, Gale tells her that anything goes because "It's war. It's not personal." But she knows another reality. "It's always personal." This is the final message of this series, something we all need to remember.

PG-13 - intense sequences of violence and action, and for some thematic material