Directed by Josh Mond
A poignant drama about an immature young man who rises to the occasion as a sensitive and loving son when his mother is dying.

James (Christopher Abbott) is a twentysomething man who is doing all he can to avoid the hard work and responsibilities of adulthood. He resides in Manhattan and spends his evenings getting high and going dancing. At dawn, he looks in on his mother Gail (Cynthia Nixon) who is saddled with pain and stage 4 cancer. When his father dies, James is surprised to see his mother observing shiva for him even though she is not Jewish.

Sensitive to his mother's criticism of him for not getting a job and acting most of the time like an adolescent, he decides to take a trip to Mexico to get himself together and plan for the future. But all he really manages to do is complicate his life by meeting a young woman (Makenzie Leigh) who also lives in New York. When his mother calls and wants him at her side, he returns to the Big Apple with his girlfriend. 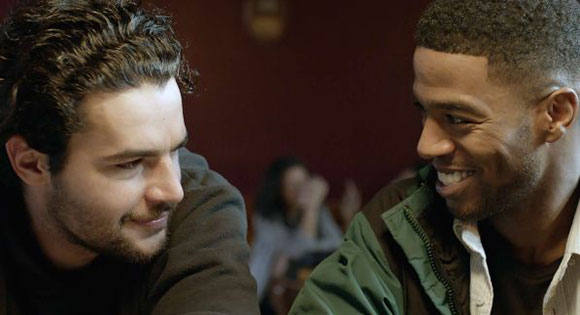 Writer and director Josh Mond has done a remarkable job drawing out an intense and fiery performance from Christopher Abbott as the moody young man who is always looking for a fight with anyone who rubs him the wrong way or doesn't give him what he wants. Luckily, when James does explode, his friend Nick (Scott Mescudi) is there to calm him down and help him chill out. He does try to get a job as a writer for New York Magazine but a close family friend (Ron Livingston) gives him a quick reality check which makes it quite clear that he misses the mark by a mile. 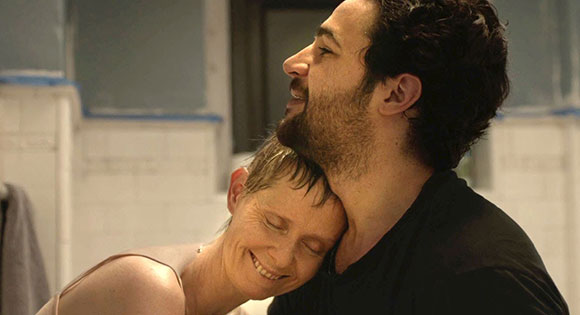 When James realizes that his mother is really dying, he rises to the moment as a sensitive and loving son. In an extended scene, he holds her up in the bathroom with her head on his shoulder. He wipes away her fears by delivering a series of healing images of her as a proud grandmother, of him as a good father, and of the two of them as bonded together forever.

Grief is most often a bringer of great loss but in this scene it is a bearer of light and love. We see how it can even serve as a catalyst to resurrection for those who yearn for transformation. James White is a poignant drama whose ending will take your breath away and leave you in gratitude for people who succeed in turning their lives around.

R- drug use, some sexuality/nudity, and language