Directed by Fredrik Gertten
Reports from cities around the world about the need for bikes and the problems faced by those who ride them.

Go to any of the large and congested cities of the world and you will find that cars are kings. By 2020 there will be 2 billion of them with millions of new owners taking to the roads. Swedish journalist and filmmaker Fredrik Gertten introduces us to Aline Cavalcante, a crusader for bike lanes in Sao Paulo, Brazil, where there are 7 million registered automobiles. She is appalled by frequent deaths of fellow cyclists, often by buses, and is hopeful that demonstrations can get public officials to recognize the value of bikes. 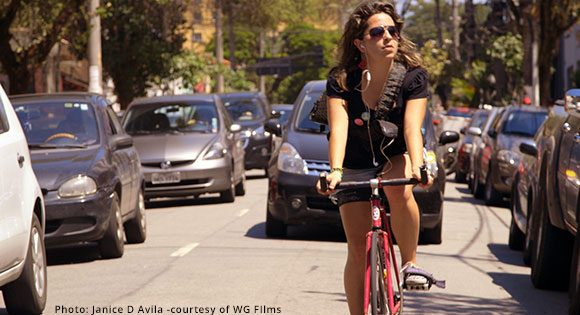 In Los Angeles, the car capitol of the world, activist Dan Koeppel tries to track down an abandoned elevated cycleway that during the 1920s took bikers from Pasadena to the heart of L.A. He traces how the automobile companies fulfilled their dream of a dominant car culture, first by buying the streetcar system and then by systematically dismantling it in the 1940s; any mass transit was replaced by the freeway system for cars. Koeppel wants to convince city officials to create more bike paths, even when it means eliminating parking spaces. 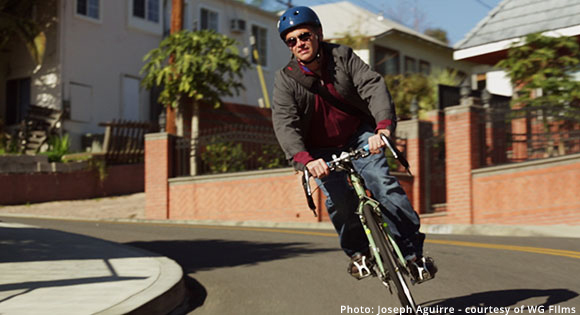 Another perspective is offered by Ivan Naurhom, a cabbie in Copenhagen who is frustrated by bicyclists "like insects, swarming everywhere." In this city, four out of five people own a bike and 40 percent of the population bike to work.

Although Gertten sides with bicycle advocates, he does present the views of those who stand by the continued reign of cars, including Rob Ford, the former outrageous mayor of Toronto, and a former auto company marketing executive who states that his peers want clean air and ecological well-being just like everyone else.

The major problem with the arguments of the car supporters is that the deck is already stacked against bicyclists who can't compete with the financial and political clout of the auto industry. Statistics don't help those hoping for changes: only 0.8 percent of Los Angeles citizens ride their bikes to work.