A Royal Night Out

Directed by Julian Jarrold
A mildly entertaining comedy about the adventures of two English princesses on the evening of V-E Day.

It is May 8, 1945, and crowds of English men and women are celebrating V-E Day. The energy and excitement of the moment even reaches into Buckingham Palace where two royal princesses are restless and yearning to go out on the streets to experience this magical evening.
Winston Churchill has said to all the survivors of the terrible war, "We may allow ourselves a brief period of rejoicing." 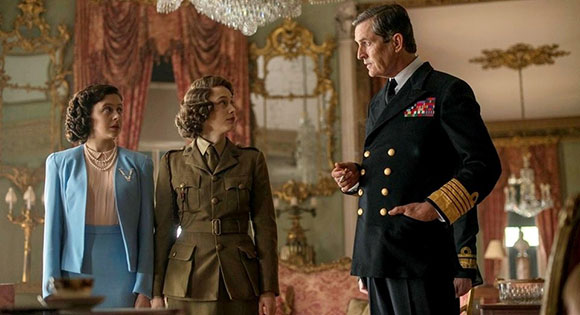 King George (Rupert Everett) is busy preparing a speech to be broadcast on the radio while Elizabeth (Sarah Gadon) and her younger sister Margaret (Bel Powley) come up with a plan to convince their father to let them have a night out: they promise to report on how the crowds receive his speech. The Queen (Emily Watson) is against this unconventional excursion but agrees to it after finding military chaperones to accompany her daughters. 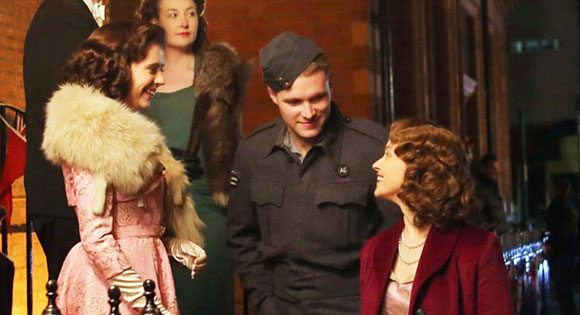 A Royal Night Out is directed by Julian Jarrold who seems to relish the opportunity to depict the adventures of these two royals out in the unpredictable and dangerous world outside the safe walls of the palace. Writers Trevor DeSilva and Kevin Hood mine a number of lightly comical sequences and make the most of Margaret's hot pursuit of fun as she drinks, dances, and zips from one place to another. Her sister, who is much more serious, tries to figure out the behavior of Jack (Jack Reynor), an airman with his own bag of secrets.

A Royal Night Out is a mildly entertaining romp that gives us a preview of the sobriety, moral rectitude, and sense of responsibility of the future Queen Elizabeth.