Directed by Adam McKay
A snappy and disquieting portrait of the wheeler-dealers who made a fortune off the 2008 financial crisis.

The Big Short: Inside the Doomsday Machine by Michael Lewis has been heralded as the most rigorous and prescient examination of the 2008 global financial crisis. The unreal edifice built on the unstable foundation of subprime mortgages was not discovered by the executives of America's biggest banks, by government regulators, or by Treasury officials. But a few smart investors saw trouble coming, bet against what was considered safe at the time, and ended up making a fortune off the financial system’s meltdown. 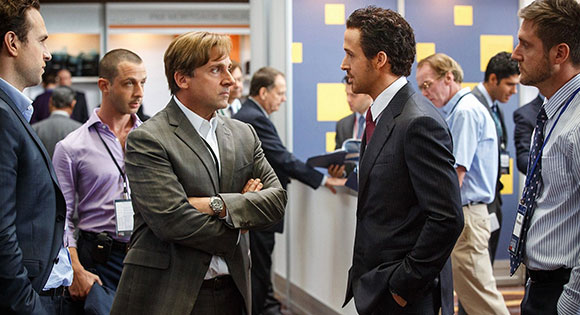 These wheeler-dealers are the focus of director Adam McKay’s film based on Lewis’s book. First there is Michael Burry (Christian Bale), a stock-picking guru with a glass eye who begins to make a large number of credit default swaps. Banker Jared Vennett (Ryan Gosling) picks up the trail from him and goes into the credit default swap business with Mark Baum (Steve Carell), a grumpy hedge founder. Two younger guys with a new investment partnership, Charles Geller (John Magaro) and Jamie Shipley (Finn Wittrock), also spot opportunities in the market and get heavily into the game with the help of an experienced semi-retired broker (Brad Pitt). 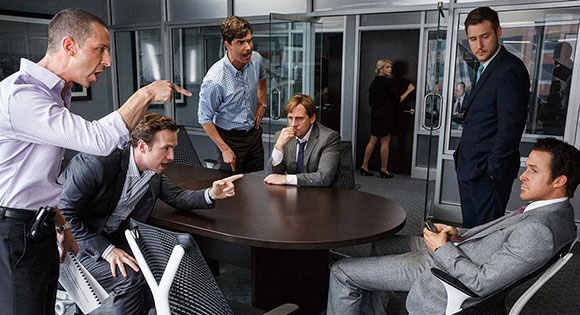 The Big Short has a snap-crackle-and pop feel to its ambitious attempt to make sense out of the financial crisis. McKay tosses in a few comic sequences along with some surreal ones. It is not easy to identify with these greedy and unethical financial players. It is equally hard to swallow the lack of supervision and regulation of the banking and trading systems.

The Big Short stands alongside Margin Call (2011) as another unpretty picture of the finance players who reside high above the streets in skyscrapers insulated from the harm their greed and muck-ups have brought into the lives of common people.

R - pervasive language and some sexuality/nudity