In the Heart of the Sea

Directed by Ron Howard
A harrowing sea-faring adventure of a great white whale who refuses to become the victim of the oil business.

In the 19th century, the oil companies did not drill holes in the earth. Instead they killed whales for their oil, which was sold to light homes and streets. And what a nasty business it was with greedy companies spouting platitudes about the nobility of human beings and their right to dominate the earth and all its beings.

In the Heart of the Sea is directed by Ron Howard (Rush) with a screenplay based on the New York Times bestseller by Nathaniel Philbrick. It is both a survival tale and a depiction of the ordeals faced by the 20 crew members of the whaleship Essex in the South Pacific. They leave Nantucket for a two-and-one-half year voyage to bring back as much whale oil as they can. 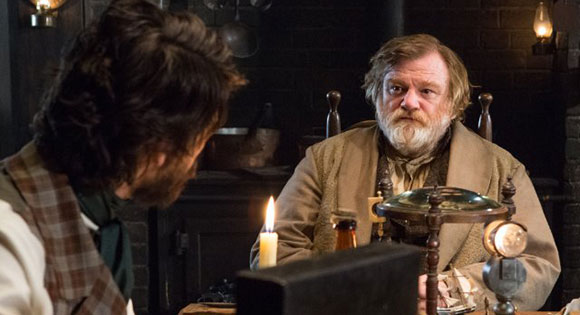 The adventure at sea is told by Tom Nickerson (Brendan Gleeson), a seaman who served as a young cabin boy (Tom Holland) on the whaling ship 30 years earlier. His hero is Owen Chase (Chris Hemsworth), the first mate, whose class-conscious oil business bosses pass him over and give the prized position of captain to George Pollard Jr. (Benjamin Walker), who lacks experience at sea but possesses the right familial connections.

From the outset, these two men clash. The Captain plunges the Essex into a serious and destructive storm just to see whether the crew can handle it. The second mate Matthew Joy (Cillian Murphy) does all he can to support Owen, his lifelong friend, and keep the captain from putting the sailors' lives in jeopardy. 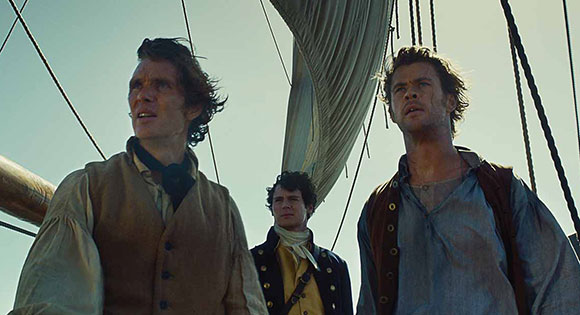 Disaster rears its ugly head when the Essex sails into waters off the coast of South America where they discover a colony of whales including a legendary white-and-gray behemoth who doesn't take kindly to these intruders. Truth be told, even as we empathized with the apes in the Planet of the Apes movies, here we sided with the great whale who rams the Essex and sinks it. The survivors board three whale boats and try to survive with little food and water during the 90 days they are lost at sea. In a final encounter with the great white whale who follows them and sinks their whale-boats, we watch anxiously as Chase decides whether or not to throw his harpoon at this formidable enemy. 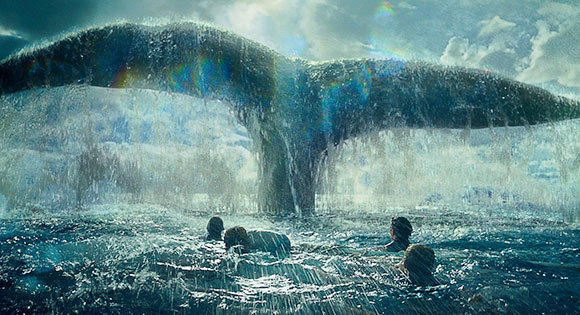 Listening to Tom Nickerson's recounting of this voyage is Herman Melville (Ben Whishaw), soon to be the author of Moby Dick. "How does a man come to know the unknowable?'" is the question that consumes the young writer. This adventure story shows us a little about that, while leaving quite a bit to mystery.