Directed by Andrew Haigh
A powerful portrait of a loving wife who finds herself impaled upon the emotional cross of jealousy.

Kate (Charlotte Rampling) and Geoff Mercer (Tom Courtenay) are a retired couple who have been married 45 years. They are planning an anniversary party since the celebration of their 40th had to be cancelled when he had a heart bypass operation. They live in a simple cottage outside Norfolk, England and have no children. Their dog Max serves as a frisky companion on Kate's walks in the countryside and to town.

Their marriage is rocked by a letter that arrives in the mail. Fifty years ago, Geoff was hiking with his girlfriend Katya in Switzerland when she accidentally fell into a crevasse and was killed. The letter reveals that the Swiss authorities have recovered the body which has been perfectly preserved in an Alpine glacier. Since his name is on her death certificate, the question is whether or not Geoff will travel to Switzerland to identify the body. 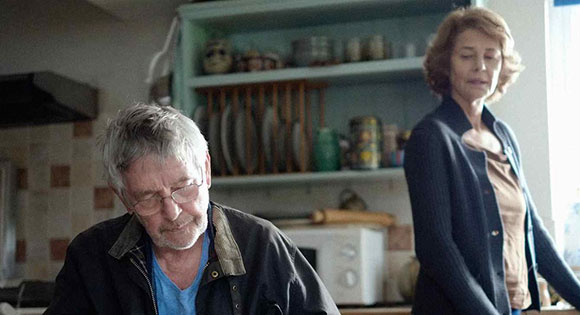 This missive lands like a ticking bomb in the middle of the intimate life together Kate and Geoff have forged over the years. He retreats into memories of his youthful love affair with Katya and furtively sneaks to the attic where he has hidden away memorabilia from their adventures. Kate is badly shaken but tries to put a positive face to it: "I can hardly be cross with something that happened before we existed, can I?" Geoff answers, "Not really." But then her true feelings of doubt and jealousy surface as she says "Still."

That "still" reverberates throughout the preparations for the anniversary party. She sits in the bathtub and laments how little time or energy Geoff has put into making her feel valued in their marriage. She cannot get over her husband’s enthusiasm about his relationship with Katya and his response to her poignant question, "If she hadn’t died, would you have married her?" 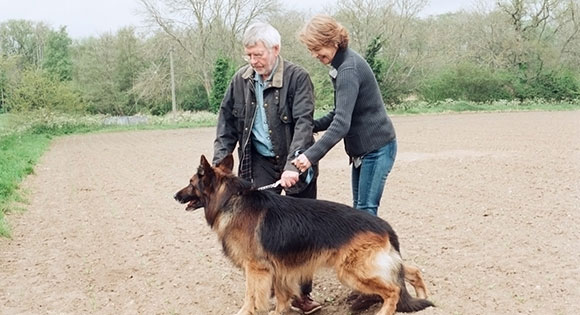 45 Years is one of the Most Spiritually Literate Films of 2015. It is written and directed by Andrew Haigh based on David Constantine's "In Another Country" published in the short story collection Under the Dam.

Charlotte Rampling gives an Academy Award-caliber performance as Kate, a loving wife who finds herself impaled upon the emotional cross of jealousy. Here and there, she staggers under the painful revelation that Geoff felt free and “heedless” with Katya and not with her.

In one of the most dramatic scenes, Kate goes to the attic and discovers a collection of slides of her husband's ex-fiancé and as she clicks through them one by one, we watch a swarm of hurt and tangled feelings pass across her face. Kate, in a state of shock, then answers the phone and must give the anniversary organizer the final list of songs she wants for the party. The contrast here is very telling. 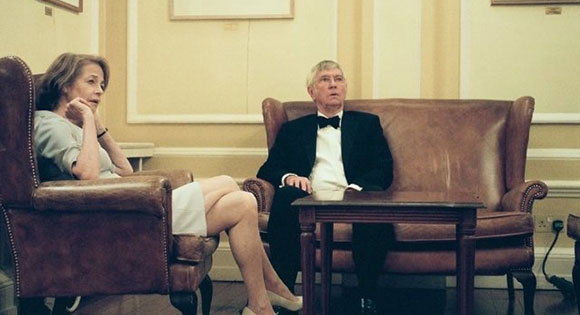 Haigh also draws out a nuanced performance from Tom Courtenay as an emotionally hobbled husband who is ambushed by the past and challenged to reinvigorate his marriage or lose it. Cinematographer Lol Crawley convincingly provides the perfect rural setting for this remarkable domestic drama. And the musical selections by sound editor Joakim Sundstrom – including The Turtle’s "Happy Together," the Moody Blues' "Go Now," and Lloyd Price’s "Stagger Lee" – are in sync with the story's multidimensional exploration of the different shades of love.