Directed by Fernando Leon de Aranoa
An immensely powerful account of heroic, resilient, creative, and deeply ethical aid workers in the Balkans in 1995.

"It's not the tragedies that kill us, it's the messes."

Set "somewhere in the Balkans" in 1995, this intense and deeply ethical film marks the English-language debut of Spanish writer and director Fernando Leon de Aranoa (Mondays in the Sun). It revolves around a group of humanitarian aid workers. They come from different countries but are united in their efforts to deal with the messes brought on by the violence, confusion, and barbarity of war in the region. They remain steadfastly nonviolent and hopeful about the progress of peace talks.

"People say, what is the sense of our small effort. They cannot see that we must lay one brick at a time, take one step at a time."

Mambru (Benicio Del Toro) is a field leader for Aid Across Borders. He has seen it all during his long years of service. His girlfriend in the United States wants him to return home and settle down but there is within him an adrenalin-pumping need for the kind of hands-on helping he's doing. His life is complicated when Katya (Olga Kurylenko) shows up: she is a former lover who has been assigned to evaluate whether or not aid workers should continue their efforts in Bosnia. 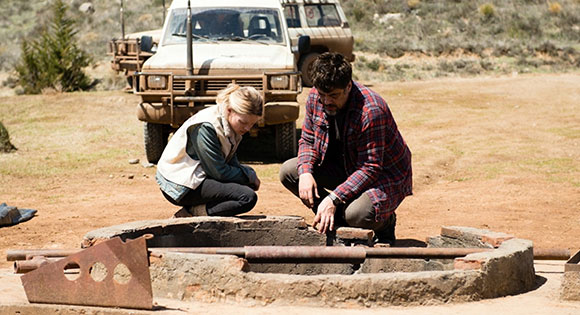 "Humor is, in fact, a prelude to faith, and laughter is the beginning of prayer."

B (Tim Robbins) is a logistics expert who is constantly making funny remarks which keep everyone entertained – especially during intense moments. A new member of the team from France, Sophie (Melanie Thierry), is nearly unhinged by B's reaction when they come across a dead cow on the highway which may or may not be booby-trapped with explosives. 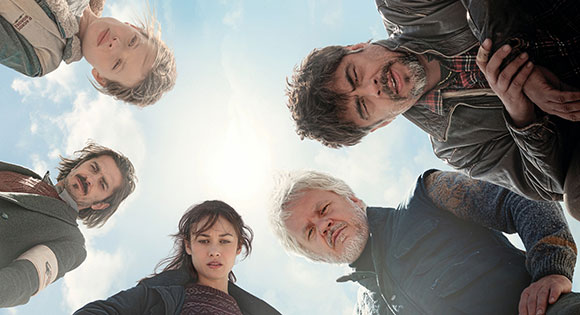 The final member of this ragtag team is Damir (Fedja Stukan), a local who serves as their translator. He tells his companions that humor is one of the best elixirs for surviving war and its manifold treacheries.

"Who is a holy person? One who is aware of others' suffering."

When the intrepid Aid Across Borders workers find the dead body of a fat man in a well, they realize they need to extract it before the water is poisoned. They wonder whether the corpse was thrown in the well so local entrepreneurs would be able to make some easy money selling water. Searching for rope to use to retrieve the body, they discover that the UN peacekeepers in the area do not give any priority to this kind of problem, despite Sophie's arguments that the well needs to be decontaminated or they risk an outbreak of disease. Meanwhile, Nikola (Eldar Residovic), a young boy who has been living with his grandfather since his parents left the area, says there is a rope at his bombed-out house. Unfortunately, it is attached to a vicious and very hungry dog. 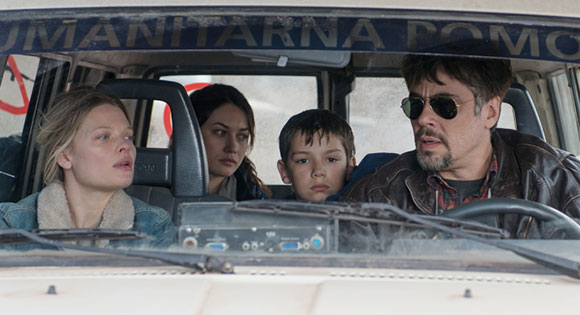 "Our lives extend beyond our skins, in radical interdependence with the rest of the world."

The suffering of Muslims in the region is depicted in Mambru's relationship with Nikola who is bullied by some nasty older boys who even pull a gun on the American. In the boy's village, they find grim evidence of the hatred of villagers for Muslims. Mambru's compassion for the boy is very touching.

"I have to cast my lot with those who age after age, perversely with no extraordinary power, reconstitute the world." 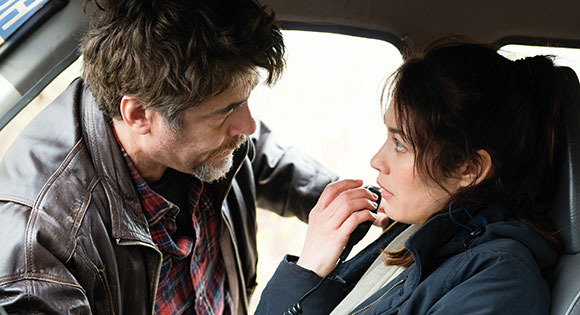 Based on the Spanish novel Dejarse Llover by Doctors Without Borders veteran Paula Farias, this antiwar film embeds itself within our minds, bodies, and souls with its unique mix of comedy and immense sadness. These humanitarian aid workers who are trying to do good are hindered and ill-treated at every turn. We respect their tenacity, resilience, and vision. They should be honored with an international holiday and given the special reverence now showered on soldiers.

"Celebrating life when death is the norm is to be a community of resistance."