Heart of a Dog

Directed by Laurie Anderson
A content rich cine-essay that mines the many meanings of life, death, story, compassion, and beloved pets.

— Laurie Anderson in an interview

Multimedia artist and singer/songwriter Laurie Anderson has created a soul-stirring and deeply spiritual cine-essay that offers her musings on death, love, animals, loss, Tibetan Buddhism, compassion, dreams, the stories we tell, the continuing fallout from the 9/11 attacks, and the art of truly being present in the world. 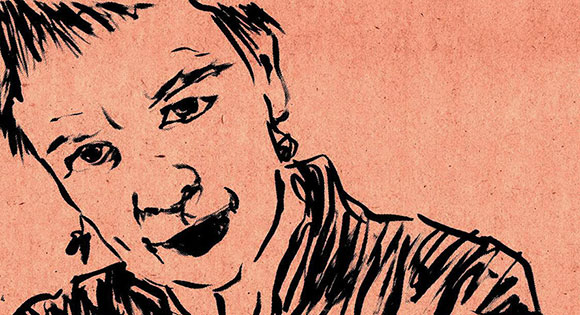 This 75-minute masterwork is comprised of videos and home pictures, 8mm film footage from her youth, her own paintings, drawings and sculptural creations — with the added value of her engaging narrative voice and meditative music.

At the heart of this tender and appealing documentary is Anderson's ardent love for Lolabelle, a rat terrier she and her husband, singer/ songwriter Lou Reed, adopted. In an inventive sequence, the filmmaker imagines giving birth to her beloved pet who provides her with joy and surprises. 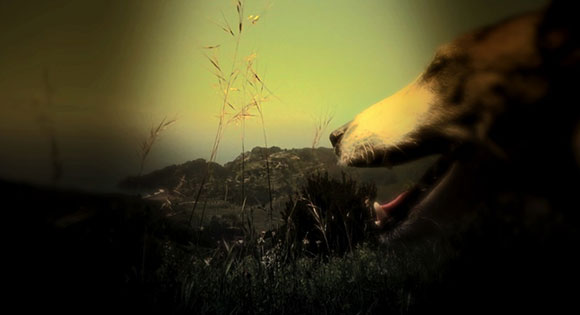 Anderson calls herself a Sky-Worshipper but the attacks on the World Trade Center shatter her love of looking up and leave her feeling depressed that destruction can be reigned upon us from above. While on a walk in California, she imagines Lolabelle experiencing the same dread as she worries about the hawks swirling overhead: "First was the realization that she was prey, second was a whole new thought, the realization that they could come from the air." For both Anderson and her pet, fear overtakes them: "It would be that way from now on, that we had passed through a door and we would never be going back." What a poignant description of what it is like to live in a post-9/11 world! 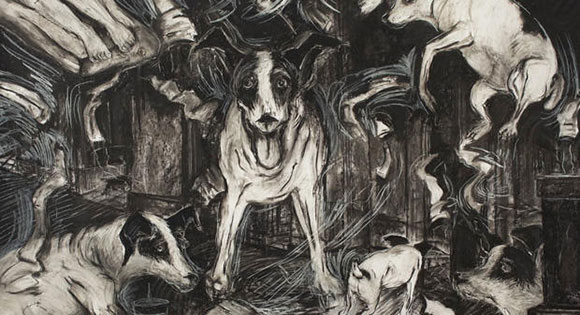 Anderson is saddened by witnessing Lolabelle's infirmities as she ages. The little dog is ravaged by cancer and goes blind. But instead of giving up, Lolabelle learns how to play the piano and create art. In these sequences our heart goes out to her. Anderson's Tibetan Buddhist teacher Mingyur Rinpoche advises her not to put her dog down so she takes her home to die. Later the filmmaker muses about her dog's 49 days in Bardo, the afterlife realm described in the Tibetan Book of the Dead. 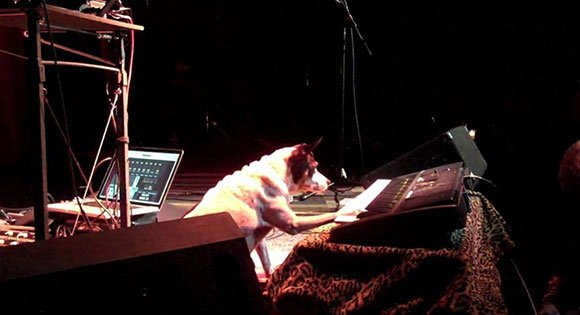 Anderson shares some of her mixed feelings about her emotionally chilly mother and her dying, during which she talked to animals she saw on the ceiling. This experience enables her to practice Mother Meditation in order to spread compassion in the world. Anderson shares two pivotal events from her past: one involving a terrible accident that left her with a broken back and another mishap which nearly killed her twin brothers. These stories give the filmmaker a chance to reflect on the importance of memory, the past, and perspective:

"And that's the creepiest thing about stories, you try to get to the point you're making, usually about yourself, you get your story and you hold onto it and every time you tell it, you forget a little more."

All of our personal stories are a blend of light and dark, fact and fiction.

Whether talking about the surveillance state we are living in right now or the afflictions and attachments that weigh us all down, in Heart of a Dog Laurie Anderson proves herself to be a poet and a prophet, a spiritual teacher and a wise Tibetan Buddhist adept. It is the kind of content-rich film that you will want to see again to mine its many meanings!