Directed by Amos Gitai
A docu-drama exploring the dire effects of extremism in politics, religion, and speech.

Twenty years ago in Israel, the Israeli Prime Minister Yitzhav Rabin had set in motion the Oslo peace talks with Palestine. In response, right-wingers called for his death. At hate-filled rallies they depicted the Prime Minister as a Nazi. The prolific Israeli filmmaker Amos Gitai (Kadosh, Kedma, and Free Zone) has used this period of Israeli history as the focus of a 153-minute docu-drama which mixes newsreel footage from 1995 with dramatic re-enactments. 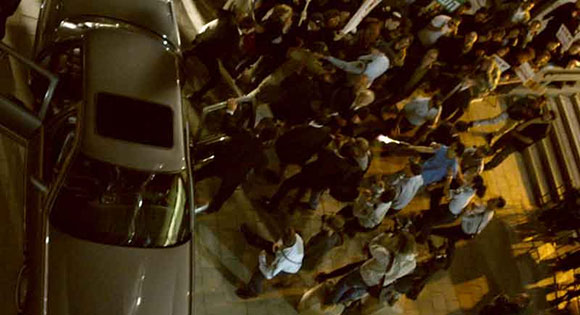 Rabin, The Last Day begins with an interview with Shimon Peres, who served as foreign minister in Rabin's Labor government. He shares his admiration for the Prime Minister standing his ground when the conservatives were threatening him with death. After glimpsing City Hall from a helicopter perspective, we are immersed in a crowd at a large nighttime peace rally. Then Rabin is shot three times by a lone gunman who was captured. No one knows how this religious law student managed to evade security and to get so close to the Prime Minister. 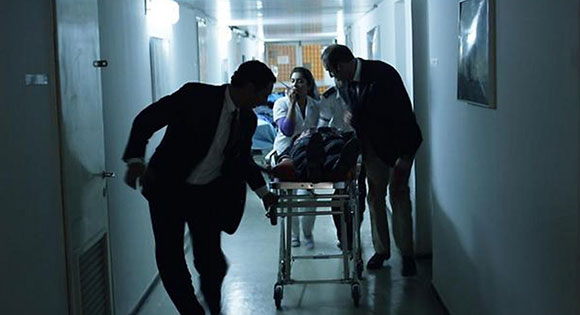 After scenes at the hospital where Rabin dies and at a police facility where the assassin Yigal Amir, a right-wing law student, is processed, the scene shifts to reenactments of the Shamgar Commission's official investigation of the incident. Their intention is to explore "the operative acts of negligence" that contributed to this tragedy. 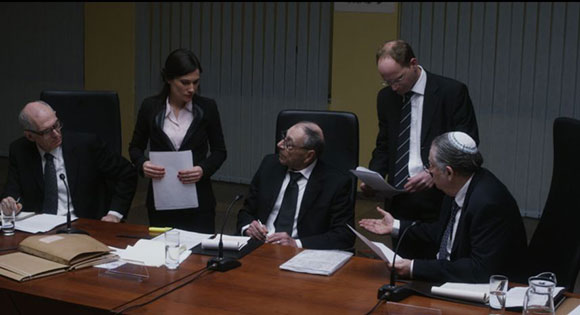 The most shocking scene in this docu-drama is the reenactment of a gathering of extremist rabbis who perform a Din Rodef (death curse). It is clear that Gitai believes that the government could have done more to control these right-wingers who consistently fan the flames of violence through their hate speeches. We were reminded of the blood sport that now passes for political talk in the United States where shouting matches prevail over civilized dialogue. The divisions in both countries can be discussed without resorting to name-calling and violence.