Directed by Joel Coen, Ethan Coen
A light-hearted dramedy about a good man working in Hollywood.

Go figure. A comedy by Joel and Ethan Cohen that celebrates the good life, without an ounce of cynicism? Wonders never cease when you see a Hollywood independent movie. 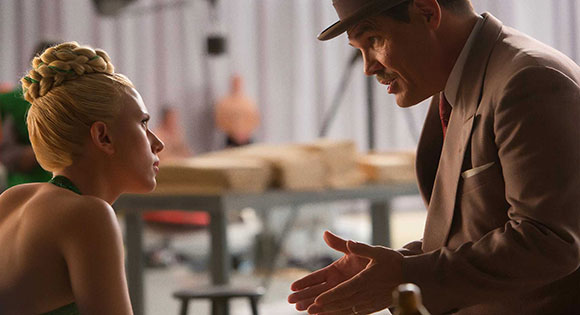 Meet Eddie Mannix (Josh Brolin), a very busy man in 1950s Hollywood; he is "Head of Physical Production" at a studio called Capitol Pictures. We join him during a couple of days as he scurries from one problem, disaster, or catastrophe to another. It takes plenty of stamina to put out all of these fires.

His New York boss wants him to advance the career of Hobie Doyle (Aldren Ehrenreich), a star of cowboy movies, to playing in romantic leads in other films. When the prissy director Laurence Laurentz (Ralph Fiennes) tries to get the actor to speak a few lines of dialogue with the proper emotional calibration, Hobie bungles it time after time. Nonetheless, the transplanted cowboy hangs on since those heading the studio believe he's a real talent. 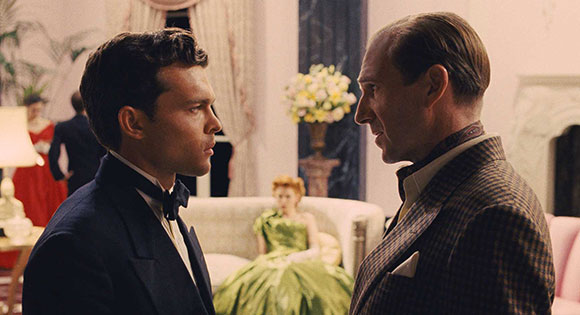 Then Eddie has to deal with DeeAnna Moran (Scarlett Johansson), star of synchronized swimming extravaganzas, who is carrying the child of a married man. This studio fixer has to work another miracle. Eddie is nothing if not diligent: as a good Catholic he goes to confession almost every day and is trying desperately to stop his smoking habit.

His biggest project is a story of "the Christ" called Hail, Caesar! Then the star playing a Roman soldier, Baird Whitlock (George Clooney), is kidnapped from the set by a band of Communists. They turn out to be Hollywood writers who want their share of the pie — $100,000 in cash to be exact. And as if Eddie didn't have enough on his plate, he has to fend off twin gossip columnists (both played by Tilda Swinton). 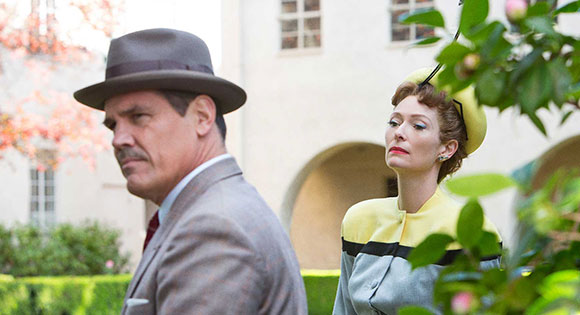 Perhaps the most pernicious challenge of the day for Eddie is deciding whether or not he wants to exit his job at Capitol Pictures and become a major player at Lockheed Aviation. The aggressive recruiter shows him a picture of an H-bomb test at Bikini Attol and proudly chimes in, "Lockheed was there." He wants Eddie to leave "the circus" and become a part of something "something serious."

Hail, Caesar! is a light-hearted Hollywood dramedy with several very entertaining numbers including an aquatic musical piece, an archetypal singing cowboy scene, and a "No Dames" musical and dance number featuring Channing Tatum. 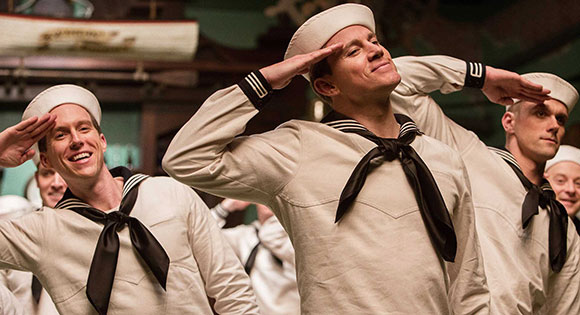 "A good man is hard to find" — that is the title of a novel by Flannery O'Conner, and it is the Coen brothers' main message in this outing. As Kahlil Gibran implies, good men are able to cry when they visit their depths; they are capable of maintaining a humorous perspective during long hours of work; and they are unabashed helpers of those stuck in dire straits. Eddie Mannis manifests all these qualities, making him someone worth emulating.