Directed by Jon Favreau
A rousing adventure set in the Indian jungle about a boy's quest to discover where he belongs.

This stunning Disney live-action and CGI feature in 3-D is an adventure story that keeps us on the edge of our seats. It is also a tale about a boy's quest to discover where he belongs. Having been raised by wolves in the jungle, he sets out on a journey intended to reunite him with other human beings.

As a small child, Mowgli, now 10 (Neel Sethi), was found alone in the jungle; his father had been killed. He is taken by a panther named Bagheera (Ben Kingsley) to be brought up by a wolf couple, Raksha (Lupita Nyong'o) and Akela (Giancarlo Esposito), the leader of the pack. 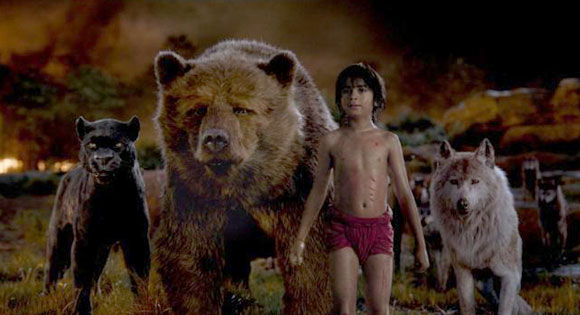 Although the boy possesses quick movement, balance, and cleverness, he cannot match the physical skills of his lupine siblings. Following a drought, all the animals forge a truce which enables them to gather together at a watering hole in peace. Here Mowgli encounters the vengeful Bengal tiger Shere Khan (Idris Elba) who wants the "man cub" handed over to him. This fierce predator lost his left eye to the boy's father who wielded a "red flower" weapon – a.k.a. fire -- against him. 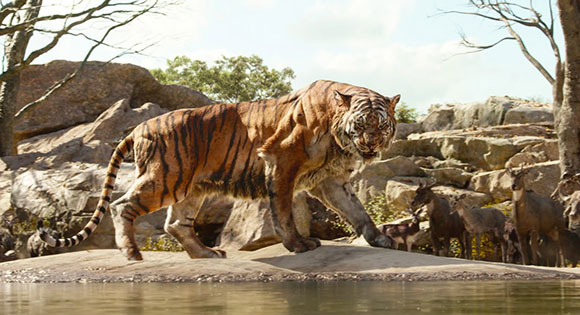 Bagheera decides that since the boy is not safe in the jungle, he needs to go back to his own species. On the way, Mowgli encounters a seductive snake (Scarlett Johansson); a funny and lazy bear, Baloo (Bill Murray), who convinces the man cub to use his tools to procure the honey he wants; and King Louie (Christopher Walken), who rules over a large monkey kingdom. 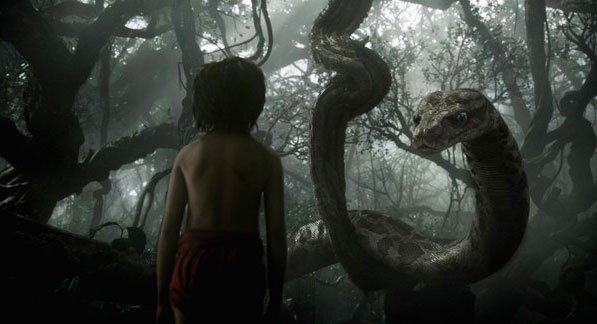 Director Jon Favreau (Iron Man) makes the most of the skilled visual effects team. All the talking animals, as well as the jungle surroundings, are computer-generated. Neel Sethi as Mowgli gives an appealing performance, all the more impressive given he is interacting with digital beings! You will find yourself drawn into the story and becoming convinced that these are the most authentic talking animals imaginable! 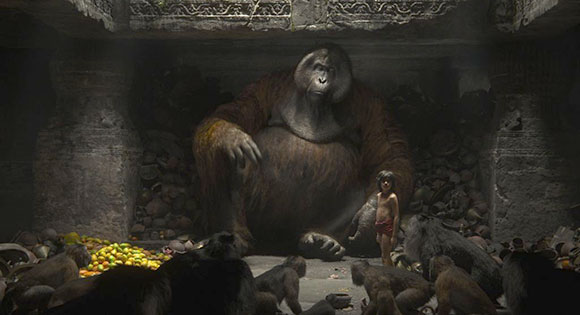 Although there are scenes that are funny and some characters who are light-hearted, parents should note that the PG warning is realistic given the number of scary life-and-death struggles between animals.

PG - some sequences of scary action and peril