Directed by John Goldschmidt
A dramedy about a friendship that surprises an elder Orthodox Jewish baker and his employee, a young African Muslim.

Dough is a dramedy about the friendship that develops between an Orthodox Jewish baker and an African Muslim boy. Nat Dayan (Jonathan Pryce) runs a kosher bakery. Even though he is losing customers in his changing neighborhood, he has no intention of retiring, especially since his son, a successful lawyer, is not interested in taking over the family business. 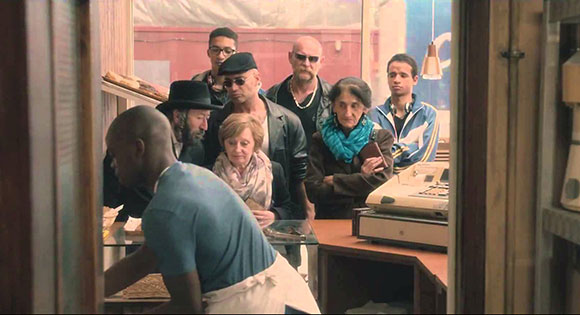 Ayyash (Jerome Holder) is an immigrant from Darfur who has not been able to get a job since coming to England. He figures his only option is to deal drugs. Then his mother, a cleaning woman, pushes him to apply for a job as Nat's assistant. In the back of his mind, this elderly man dreams of training an apprentice.

The relationship between Nat and Ayyash goes smoothly until he discovers that his new employee is a Muslim. Fearing a backlash from his customers, he tells him he can't do his prayers at the bakery. The other roadblock to their working together is more serious. Ayyash comes up with the idea of adding cannabis to the flour for bread, bagels, and cakes. Until Nat finds out this activity, business booms in the bake shop with happy customers returning with smiles on their faces. 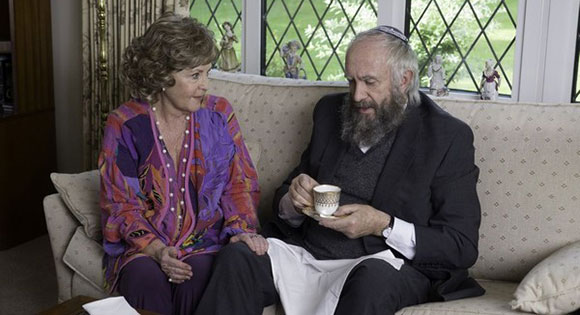 Dough is directed by John Goldschmidt from a screenplay by Jonathan Benson and Jez Freedman. He does justice to both the spiritual and funny dimensions of the movie. Three other characters provide a backdrop for the complications that develop between the Jew and the Muslim — they are Pauline Collins as Nat's landlady who develops a crush on him, Ian Hart as Ayyash's drug-dealing boss, and Philip Davis as an aggressive business man who wants to buy him out.