Rio, I Love You

Directed by Various Directors
Ten filmmakers probe the many different shades of love in the Brazilian city.

Rio, I Love You is the third in a series of films called "Cities of Love." For the first, Paris, Je T'aime, 20 of the world's most accomplished filmmakers used this metropolis's various neighborhoods as a backdrop for 18 short and snappy glimpses of men and women grappling for love and meaning. The second, New York, I Love You, showcased short tales about love directed by 11 international filmmakers. For this release, renowned directors offer their takes on amorous or disastrous relationships taking place in a variety of beautiful and sensuous spots in Rio de Janeiro.

Andrucha Waddington focuses on a homeless woman (Fernanda Montenegro) who enjoys living on the streets of the city. Nadine Labaki enables us to spend a little time with an astonishing orphan boy (Caua Antunes) who is waiting at the Rio train station for Jesus to call him on a pay phone. Stephan Elliott's contribution revolves around a bored and jaded Australian actor (Ryan Kwanten) who convinces his driver (Marcelo Serrado) to join him in a spontaneous climb up Sugar Loaf mountain. 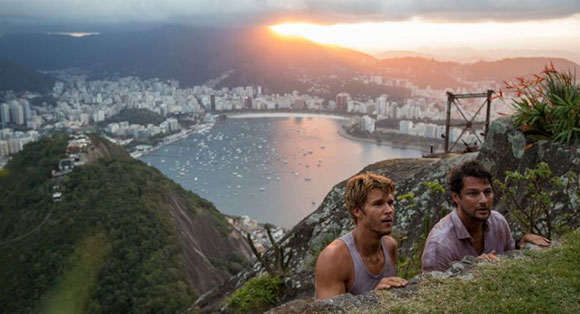 Paolo Sorrentino looks at the stunted relationship between Dorothy (Emily Mortimer) and James (Basil Hoffman) her elderly, wheelchair-bound husband and several challenges at the beach that surprise them both. A marriage on the line is the theme of the film directed by Guillermo Arriaga; it involves a one–armed boxer (Land Vieira) and his wife (Laura Neiva) who after surviving a car accident find themselves at the mercy of circumstances beyond their control. And Fernando Meirelles sets himself apart with a wordless tale about a lustful and frustrated sand sculptor (Vincent Cassel). 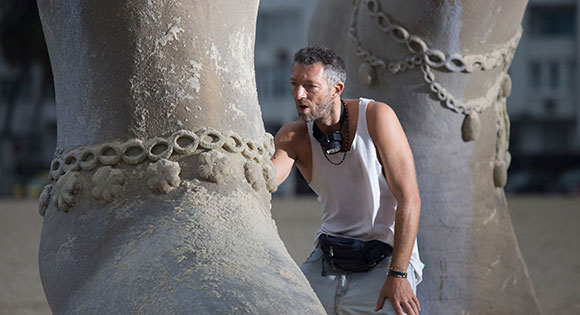 Other films by John Turturro, Sang-soo Im, Carlos Saldanha, Jose Padilha, and Vincente Amorim round out this anthology where the imposing statue of Christ the Redeemer keeps a watchful eye over the city of Rio de Janeiro and all those living there and searching for love.