Directed by Barry Strugatz
An up-close and personal portrait of a Tai Chi master, honed by decades of experience, at work with his students.

Tai Chi is an ancient Chinese form of exercise which is practiced every day for relaxation, health, harmony, flexibility, and personal renewal. Grounded in Chinese philosophy and culture, it is at once a spiritual practice and a way of life designed to achieve balance in mind, body and spirit.

In this enlightening documentary by Barry Strugatz, the focus is on Cheng Man-Ching (1902 - 1975), a Tai Chi master who brought this path of human growth to America in 1962 when he was 60. He set up a Tai Chi school in New York City's Chinatown and taught practitioners the slow, controlled movements to improve the flow of "chi" — the life energy which is the source of movement and vitality. Among the students who sing his praises and talk about the importance of Tai Chi in their lives are Ed Young, an award-winning illustrator; Maggie Newman, a modern dancer; Stanley Israel, a prison guard and union president; Ken Van Sickle, a photographer and filmmaker; and Robert Chuckrow, a physicist. Many of them had been hippies and countercultural American youth during the 1960s. 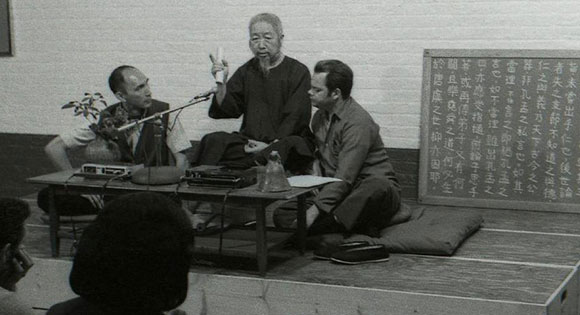 Called "The Professor" by those drawn to this disciplined community,
Cheng Man-Ching taught a nine-month program which shortened Tai Chi practice from 108 to 37 essential postures. His students were always amazed when they witnessed their spiritual teacher's effortless ability to apply tai chi to calligraphy, brushwork, relationships, and the seasons.

Although members of New York's Chinese community criticized Cheng Man-Ching for teaching the "secrets" of Tai Chi to Americans, he kept on sharing this practice until returning to Taiwan and working on a book. He died there in 1975 after teaching in the United States for 12 years. 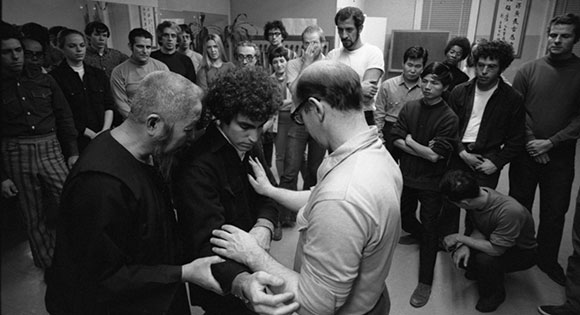 The vintage footage of Cheng Man-Ching's exercises and demonstrations of Tai Chi make The Professor a vivid and up-close and personal portrait of this master of moving meditation.