Directed by Chris Hegedus, D. A. Pennebaker
An incisive documentary about animal rights and freedom for all.

"Animals know who they are; they know who their family and friends are. They know their enemies. They make strategic alliances and cope with chronic rivalries. They as aspire to higher rank and wait for the chance to challenge the existing order. Their status affects their offspring's prospects. Their life follows the arc of a career. Personal relationships define them. Sound familiar? Of course. They includes us. But a vivid, familiar life is not the domain of humans alone."

— Carl Safina in Beyond Words: What Animals Think and Feel 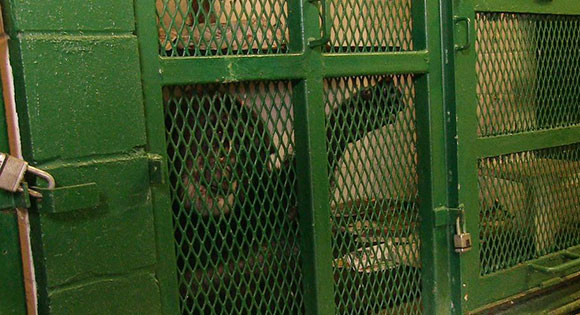 The question of whether animals have souls, feelings, and the ability to communicate with human beings has become a hotly contested issue. Although critics try to portray animal rights as a worthless or extremist cause, the movement is gaining momentum. More and more people have become aware of the cruelty to these fellow travelers on the Earth while others have seen and experienced a deep reverence for creatures and the lessons they teach us.

"If you would learn more, ask the cattle,
seek information from the birds of the air.
The creeping things of earth will give you lessons,
and the fishes of the sea will tell you all.
There is not one such creature but will know
this state of things is all of God's own making."

And from Black Elk, the Native American writer and mystic:

Unlocking the Cage is an extraordinary documentary about a dedicated, patient, clever, and wise advocate for animal rights and his five-year crusade to get courts to recognize certain high level animals – great apes, elephants, and cetaceans (dolphins, whales, etc) as "persons" in the eyes of the law. 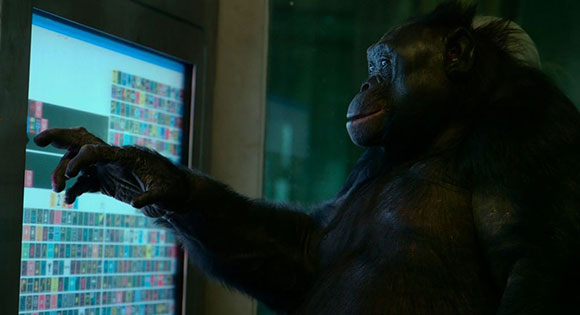 Steven Wise convinced Oscar nominees D. A. Pennebaker and Chris Hegedus (The War Room) to follow the work of his organization, The Nonhuman Rights Project, as they deal with human prejudice against animals, dense legal conundrums, and the deaths of three chimps they wanted to use as plaintiffs in their presentations in court.

It is very satisfying to witness Wise's heroic efforts to get the courts to approve the application of the "great writ" of habeas corpus (historically used to free humans from unlawful imprisonment) to animals in captivity. Bolstering his argument with scientific evidence of animal cognition and emotional lives, he argues that his chimpanzee plaintiffs are "persons" entitled to basic rights and freedoms. The central question at the heart of this crusade is: Do animals have the right to live autonomous lives? 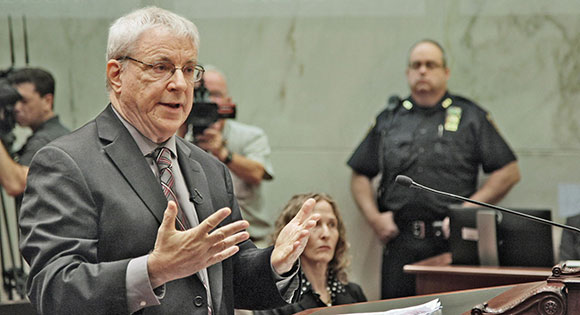 We won't tell you the outcome of Wise's three lawsuits but we can share with you our enthusiasm for all the questions and persuasive arguments this incisive documentary raises about animal rights. By the time you have finished watching Unlocking the Cage, you will be more convinced than ever that every tool and strategy possible needs to be used to protect animals as our allies and partners in our mutual journey of evolution.

"So do other animals have human emotions? Yes, they do. Do humans have animal emotions? Yes; they're largely the same. Fear, aggression, well-being, anxiety, and pleasure are the emotions of shared brain structures and shared chemistries, originated in shared ancestry. They are the shared feelings of a shared world. . . .

— Carl Safina in Beyond Words: What Animals Think and Feel