Directed by Yorgos Lanthimos
The wildest love story in many a moon.

Many single people spend a lot of time alone, and some enjoy the pleasures of solitude and silence. But in Western culture, coupledom is seen as the normal way of life. In an age of connectedness, talk turns to gossip turns to social pressure as those without partners are questioned: "Why haven't you settled down and gotten married? What is wrong with you?" And even those who genuinely delight in being alone are accused of being anti-social.

If only we could find a way to make sure that every person who is alone finds a suitable partner . . . 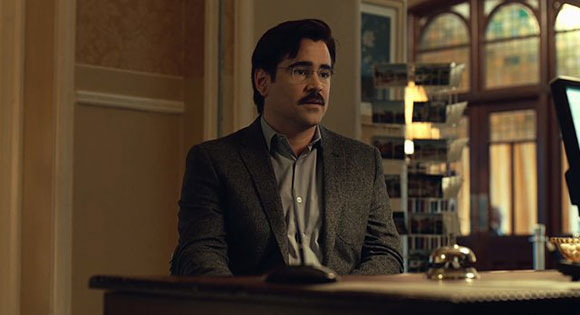 The Lobster is recommended only for the adventurous moviegoer who is willing to explore bizarre characters and situations, including scenes of violence against animals and self-mutilation. The setting is a dystopian society where all those who are single (including the divorced or widowed) are forced to submit to the propaganda and follies of the ruling regime.

Greek writer and director Yogos Lanthimos has made a very odd and thought-provoking film. In an interview he has said of his first English language work:

"I always expect people to be torn when they see one of my films and divided in some way. And I'm sure that there are people who really like what we do and others who don't. But it was great to meet people who appreciate what we are doing on some levels and get recognized for it. I wouldn't be making films if I just wanted to express some specific ideas, then I would be writing essays or something. I just think it's interesting to start a dialogue."

David (Colin Farrell) is newly single; his wife has left him for another man. So now he is required to check into the "Hotel" where he will have 45 days to find a partner. If he doesn't meet this challenge, then he will be turned into the animal of his choice. He tells the Hotel manager (Olivia Coleman) that he would like to be a lobster because they remain sexually active for their whole long lives.

In group sessions and nightly entertainments, the residents are exposed to the drawbacks of their status, such as a skit in which a woman walking alone is attacked whereas a woman accompanied by a man is safe and happy. There are lots of rules to follow and individuality is strongly discouraged.

Some people escape and join the "Loners" in the Forest around the Hotel. They are hunted by the others and brought down by stun guns. Each fallen Loner earns the hunter another day to find a mate. 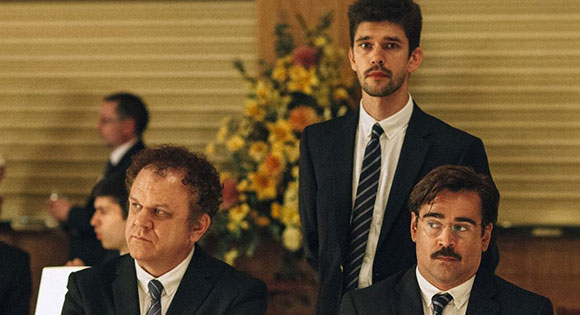 In his own search for a partner, David rejects a Biscuit Woman (Ashley Jensen) who offers all kinds of sexual favors to avoid being changed into an animal. For a while, he finds a very small portion of happiness with a Heartless Woman but when she tests his heartlessness, he fails. Unwilling to continue conforming to the orders of the hierarchy, David flees to the Forest and is found by a band of Loners. There he is informed that partnering in any way is forbidden. 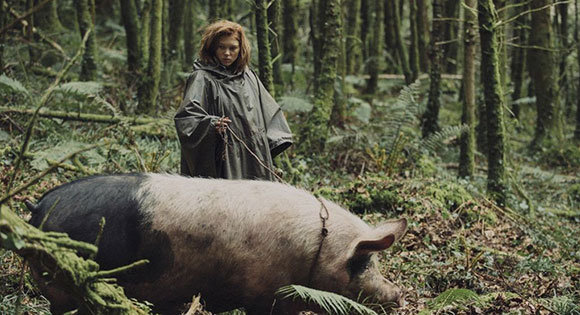 The leader (Lea Seydoux) of this group is a self-righteous woman whose sociopathic instincts are set in motion when her favorite person, Short Sighted Woman (Rachel Weisz), is attracted to David. He is also short sighted; can this tie bond them together? Can they deepen their growing intimacy? And where can they go after rejecting the restraints and rigors of the Hotel and the Forest?

The Lobster is the wildest love story we've seen in many a moon. Go with the flow of story as it moves in zigzags. Pay close attention to the narration by Rachel Weisz. Share your ideas about the fates of David and Short Sighted woman. 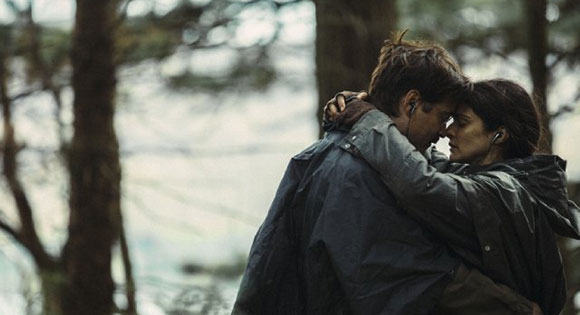 Then go a little further. Think about your experiences as a single person and, if you are, as a partnered person. In your community and the larger society, are couples given more respect than single people? Talk with others about the film's presumption that only people who share traits in common can be a good match. What about the idea that opposites attract? What has been your experience? And finally, for fun, if you had to choose, what animal would you like to be?