Directed by Hong Sangsoo
Two versions of the unfolding of a romantic relationship that challenge us to pay attention to details.

Hong Sangsoo is a talented filmmaker who has been called "the Korean Woody Allen," given the pleasure he derives from creating comedies of manners and exploring the nuances of romantic relationships. In Turning Gate, the director depicts the impact of desire, coincidence, and surprise upon those who are looking for love. Tale of Cinema is a fluid film about the interplay between movies and life. Nobody's Daughter registers on the senses as a thought-provoking drama revealing the baby steps a pretty young South Korean woman takes as she begins to deal with the depth of her loneliness.

In Right Now, Wrong Then, a filmmaker named Han Cheon-soo (Jung Jaeyoung) arrives in the chilly town of Suwon to show his new work at a festival. He has arrived a day early so he winds up spending his free time with various women. "You're the most important director to me," a volunteer at the festival tells him. Your films helped me when I was very lonely." Although he is able to handle praise quite easily, the filmmaker bristles with anger at negative comments made by critics during post-film Q&As. 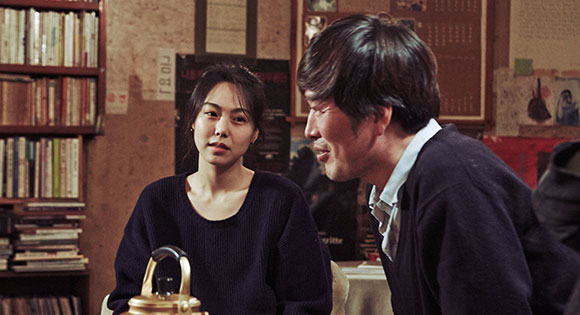 Much to his surprise, Han Chun-su finds himself swept away by Yoon Hee-jeong (Kim Minhee), a diffident painter who used to be a model but found it made her feel bad about herself. She flatters him by saying he is a sensitive person. He compliments the adventuresome nature of her paintings. When he declares his love for her, she is both baffled and somewhat enchanted. But he shows his dark side after drinking too much during a visit with some of her friends at a cafe. They reveal the rumors that he is a womanizer who's married. 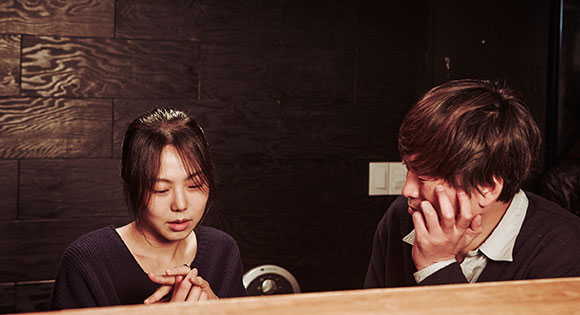 Similar in theme to Groundhog Day, Right Now, Wrong Then follows the first hour about the encounters between the filmmaker and the pretty young artist by a second unfolding of the same encounters, only this time there are subtle but telling differences. The ease with which Hong Sangsoo unspools these parallel narratives challenges our ability to pay attention. We realize that watching this film, as well as in life, we need to be careful not to miss the little things that color our perceptions of a romantic relationship.