Directed by Daniel Burman
Another engaging and insightful drama by Argentinian director Daniel Burman on the pitfalls and perils of father-son relationships.

Daniel Burman is a talented and serious Argentinian writer and director who has done two films about fathers and sons and the struggles they go through with one another. Lost Embrace is about a long-awaited father-son reunion and the meaning it has for a confused young man. Family Law focuses on a son who is no hurry to move out from under the shadow of his father, a popular and successful lawyer. Another Burman film, Empty Nest, is a sobering film that offers some fresh twists on the challenges of middle age.

In The Tenth Man, writer and director Burman again picks up the rich thematic value of father-son relationships. Ariel (Alan Sabbagh) is a middle-aged Argentinian who lives in New York City and has left behind the hustle and bustle world of his father, Usher, who is the head of a small entrepreneurial Jewish community in Buenos Aires. Usher's "foundation" runs a soup kitchen, takes care of stray youth, plans funerals, and is the person everyone goes to in order to get what they need. 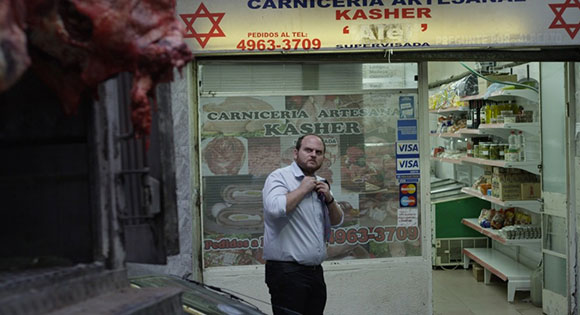 Ariel finds it hard to escape his father's demands and influence. On his way to the airport to visit the old man, Ariel receives an order to bring some sneakers with Velcro rather than laces. In Buenos Aires for the Purim holiday, Ariel is given one errand to do after another. His father is nowhere to be seen and doesn't seem all that interested in getting together with him.

Meanwhile, Ariel helps Eva (Julieta Zylberberg) clear out the apartment of a man who has died. She is a beautiful unmarried Orthodox woman who remains silent most of the time. Very intrigued by her, he sneaks a peak at her while she is bathing at the mikvah, the purification bath. Later, he is initiated into a Jewish men's group by taking a purification bath himself. With Eva he celebrates the Sabbath. These Jewish traditions and rituals had not meant much to him before and signal his openness to taking over at the foundation. 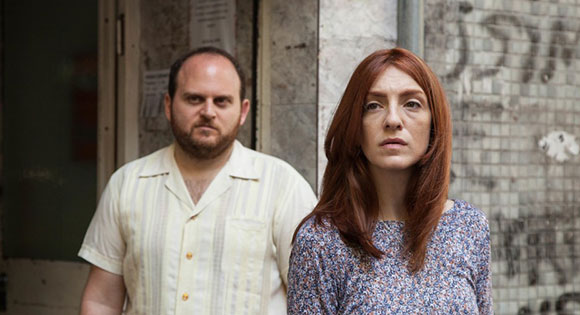 Ariel is troubled by memories of his father not being a loving person toward him. He remembers a time when Usher missed an important event in his son's life because he was needed to be the tenth man in a minyan. It is difficult for many men to break away from the social distance that has traditionally been maintained between them and their sons, and community commitments can create further distance.

Writer and director Burman has created another thought-provoking drama on the pitfalls and perils of father-son relationships.