Directed by Nanni Moretti
A dramedy about a female Italian film director dealing with multiple stresses in her life.

Margherita (Margherita Buy) is a harassed, burnt-out Italian film director who is working on a political film about labor unions and worker's rights. Much of her energy is drained by visiting the hospital every day where her mother Ada (Giulia Lazzarini) is dying of complications stemming from an enlarged heart. Thank goodness her brother Giovanni (Nanni Moretti) has picked up the challenge of being there for their mother. 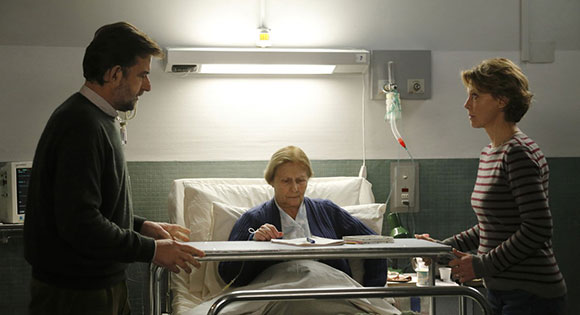 Margherita is also given a hard time and more stress by the antics of Barry Huggins (John Turturro), a brash, loudmouth Hollywood actor who bridles at being given directions. His claim to fame is that Stanley Kubrick was "crazy" about him. But he does not get the script and is constantly making errors in his speeches. The tension between Margherita and Barry eventually erupts in a screaming match between the two of them. 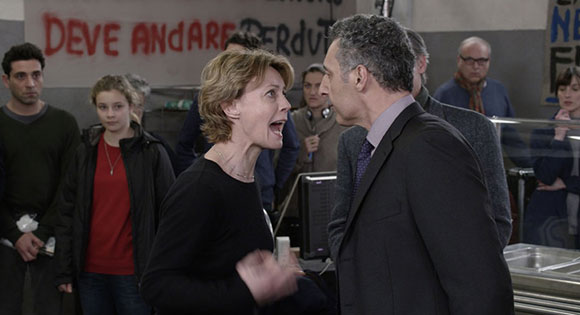 Nanni Moretti (The Son's Room, We Have a Pope) has a grand time directing this dramedy about the stresses and the personality clashes suffered by a woman with way too much on her plate. There are several scenes that may or may not be dream sequences. In one, Margherita discovers her mother trying to drive, smashing the car into a wall again and again. Actually, this venting of her frustrations is appropriate however you view it. The final straw is visits by her daughter and ex-husband.