Directed by Dexter Fletcher
A rousing underdog film about an Olympic ski-jumper that will send you home with hope in your heart.

Eddie the Eagle, inspired by a true story, is a rousing underdog movie that will leave you with fresh determination and hope in your heart. We have just added it to the list of Our Favorite Underdog Movies.

Eddie (Tom Costello, Jack Costello) decides at a young age that he is going to participate in the Olympics, even though as a boy he is hobbled by a leg injury and later shows no particular aptitude for sports. But he has determination. His father Terry (Keith Allen) wants his son to join him in the plastering business and is very upset about Eddie's fantasies; his mother Janette (Jo Hartley) is a great believer in her son and backs him every step of his way as he pursues his impossible dream. 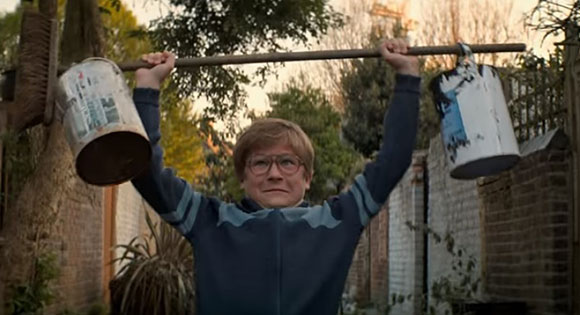 Taking up skiing, Eddie (Taron Egerton) sets his sights on the 1988 Winter Olympics in Calgary, Canada. When he arrives at practice for downhill skiing, he is regarded as the proverbial outsider who drinks milk rather than liquor and keeps to himself. Although he qualifies for the ski team, he is cut from the squad by a snooty official (Mark Benton) who believes he lacks the right stuff to represent England in the Olympics. Another way of seeing this is as an egregious example of class prejudice against someone who comes from the working class.

Not one to give in to setbacks, the determined young man decides to try the sport of ski jumping. It's a much more scary challenge than downhill skiing, but he will have no competition. The last British entry in this Olympic competition put forward his best effort in 1929.

Eddie arrives in Garmisch-Partenkirchen, Germany, and is immediately told by veteran Norwegians in the sport that they began jumping when they were youngsters. They think this novice has no business being in their sport and predict he will get injured. The only person who is kind to the newcomer is a German bar owner Petra (Iris Berben); she gives him a place to stay and a part-time job. 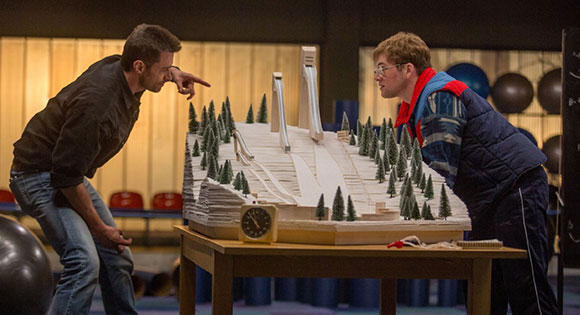 What Eddie really needs is a coach, but one prospect, Bronson Peary (Hugh Jackman), a former ski-jump star whose career and life have been badly damaged by alcoholism, claims to not be interested. But eventually, the eager Englishman impresses the American with the courage he marshals in climbing and then hurling himself down the 40-metre ramp. And beyond that lies the ominous 90-metre ramp. Peary also is taken aback by Eddie's large reserves of energy and perseverance. Together, these two underdogs make quite a team. Eddie faces and overcomes another roadblock concocted by the English hierarchy who try every trick in the book to keep him from getting a spot on the Olympic team.

Director Dexter Fletcher succeeds in making the most of the dramatic firepower of Eddie's awkward but credible jumps accompanied by flapping-arm gestures. He attracts the attention of the global media who turn him into the amateur folk hero at the Games which have been dominated by more rigorously trained and coddled athletes. 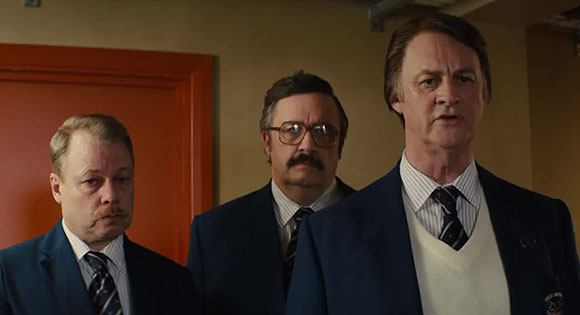 The older we get, the more astonished and impressed we are with underdogs who work hard and keep on keepin' on in the face of one obstacle after another. The spiritual practice of perseverance is what animates many spiritual masters from all religions down through the centuries. Best of all, underdogs steer us clear of the yearning to be top dogs.

Special features on the DVD include "Let the Games Begin: Soaring with Eddie the Eagle"; gallery.