Directed by Shrihari Sathe
A sobering depiction of the damage that money can do to caring and compassionate people.

Budhi (Usha Naik) is a poverty-stricken widow who lives in a small rural village in India. She is still mourning the suicide death of her son, a farmer who was unable to pay his debts. Budhi cleans houses to make money; in one, she is given the stale food that the household's children will not eat.

Despite the fact that she is lonely and barely able to make ends meet, this elderly woman manages to survive, fixing her own sandal, haggling with a vendor for a loaf of bread, and sharing some of her food with a dog — and even ants. 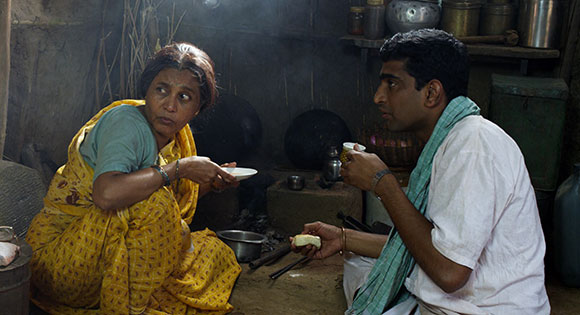 Budhi's neighbor Sudama (Sandeep Pathak), a goatherd, stops by regularly to share a cup of tea and chat, much to the dismay of his wife (Pooja Nayak). They all attend a political gathering mainly for the free food. When Sudama sees a politician (Ganesh Yadav) handing out money, he tells him that Budhi is the woman who was in the newspapers because her son committed suicide. Instead of giving her 100 rupees, the politician gives her a 1000 rupee note. 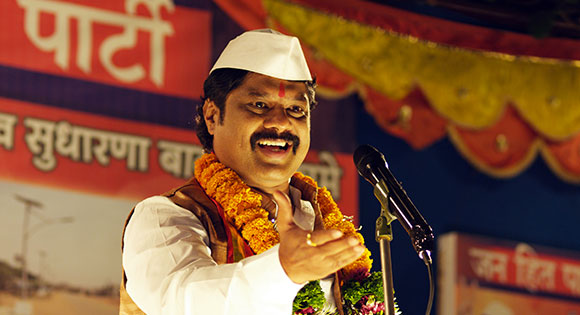 Happy about her good fortune, Budhi convinces Sudama to go with her to a nearby market. She gets her eyeglasses repaired and purchases a new frame for a photograph of her late son. Some of the merchants don't have change for the 1000 rupee note and one of them, suspecting it is counterfeit, calls the police. Despite their protests, Budhi and Sudama spend the night in prison; he is also beaten up.

1000 Rupee Note is directed and edited by Shrihai Sathe. It is a sobering parable about the damage money can do to kind, caring, and compassionate people who are not familiar with consumerism or the injustices that can be perpetrated in the selfish pursuit of it. Grounded in an empathetic performance by Usha Naik as Budhi, this story of human goodness squaring off against police brutality and corruption is a memorable Indian film on a thorny subject.