Directed by Stephen Apkon
A substantive documentary lauding the efforts of Combatants for Peace to bring a two-state solution to Israel/Palestine.

Jews and Palestinians have been in conflict over the lands of Israel/Palestine for 60 years. Some Israeli Jews have grown weary of the party line of occupation, the stress of a prolonged war, and the senseless loss of life. At the same time, some Palestinians have come to believe that there is an alternative to terrorist attacks on Israeli cities, resistance to the enemy, and the many frustrations of dealing with the Wall and other inconveniences.

Disturbing the Peace offers hope by shedding light on the organization Combatants for Peace, a courageous band of former military or paramilitary personnel from Israel and Palestine who have renounced violence and set out to bring about a two-state solution to the years of hatred, violence, and broken treaties. 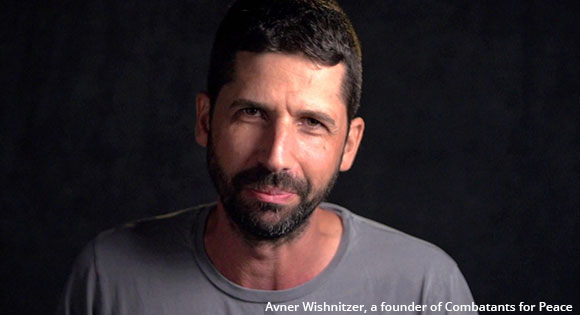 Stephen Apkon and Andrew Young are the directors of this substantive documentary about the mighty power of empathy, compassion, forgiveness, and nonviolence. Using personal photos and archival footage, eight men and women (four Palestinian Muslims and four Israeli Jews) share their stories, family histories, and the transformational moments in their view of the debilitating conflict.

Jews and Palestinians have made each other into implacable enemies and depicted one another as terrorists and killers who must be fought and exterminated. Fueling the anger and hatred are the ideas of redemptive violence and the warrior mythology.

Combatants for Peace, formed in 2005 is an advocacy–activist group focused on dialogue and demonstrations. The Israeli and Palestinian members of this group have put down the weapons of the past and delved into the nonviolence of Mahatma Gandhi and Nelson Mandela; they have explored the practice of forgiveness over revenge; and they have built trust through regular communications with each other. 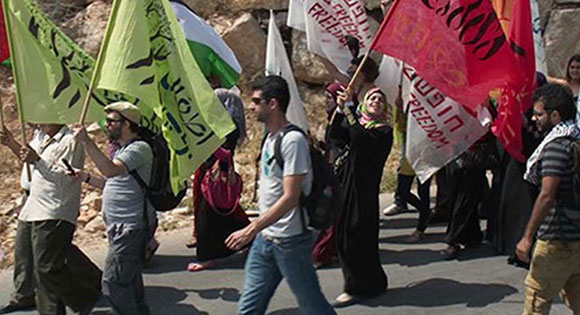 In one of the emotional highs of this documentary, the filmmakers follow members of Combatants for Peace as they take a Memorial Day walk along the separation wall with both Israelis and Palestinians remembering the deaths of loved ones. These peaceful demonstrations elicit the praise of Archbishop Desmond Tutu who opens the door to the continued spread of reconciliation.

Avner Wishnitzer, a founder of Combatants for Peace, states that members see this as "a long distance run and we will continue to go on with it."

Faces of the Enemy by Sam Keen