Directed by Mia Hansen-Løve
A touching portrait of a resilient woman facing multiple challenges as she ages.

The French refer to life's later years as a time when the emphasis can be on being rather than doing. As we get older, we often yearn for a simpler, calmer existence which enables us to cultivate a more expansive and satisfying inner life. Albert Einstein wrote of this shift: "I live in that solitude which is painful in youth, but delicious in the years of maturity."

Nathalie (Isabelle Huppert) is a professor of philosophy. She has been married to Heinz (André Marcon) for 25 years and they have an intimate relationship built on ideas rather than sexual passion. This makes perfect sense since he is a teacher as well. Their two children are grown-up and making their own ways in the world. Both Nathalie and Heinz enjoy her husband's family home in Brittany. 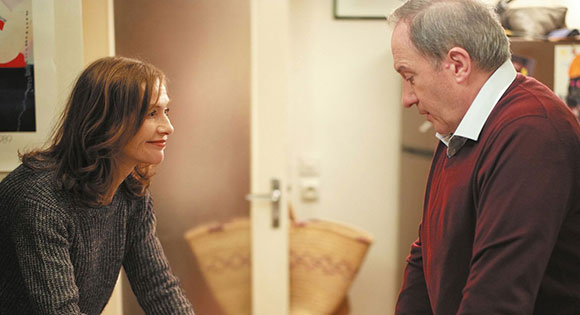 In Paris, we see her pushing through a picket line at her school; she once was a radical communist but gave it up years ago. A large part of Nathalie's identity is grounded in her view of herself as a scholar and intellectual familiar with philosophers of all stripes. When meeting with her publisher and some youthful marketers who want to redo her philosophy textbook with flashy pictures and bright colors, she is angry and disappointed.

Those moods are also predominant in her caregiving relationship with her mother Yvette (Edith Scob), a former model now become a drama queen. Her latest performance was a suicide attempt and an emergency call to the fire brigade. As her mother weakens, Nathalie starts the process of sending her to a nursing home with its "smell of death." And just when it seems like she is gaining a sense of control in her talks with her publisher and her plans for her mother, Heinz declares that he is leaving her for another woman. All she can say is:" I thought you'd love me forever. What an idiot." 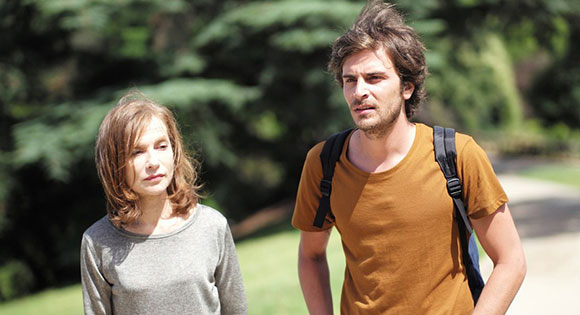 Things to Come is by writer and director Mia Hansen-Løve (Goodbye First Love, The Father of My Children). She proves herself to be a gifted and sensitive miner of one smart woman's resiliency as she squares off against some harrowing changes in her life. In her post-divorce stage, Nathalie turns to Fabien (Roman Kolinka), her favorite former student who has set aside his ideas of becoming a scholar and settled down in a farm commune in the countryside with a band of other student radicals. She decides to visit and draws closer to him when he sings along with Woody Guthrie's song "My Daddy" and when they ponder the impermanence of life.

Here are a few ways we suggest you approach this film:

PG-13 – brief language and drug use