Directed by Jaco van Dormael
A dramedy about the Divine Feminine with a surplus of laughter, tears, music that touches the soul, and miracles that soften the heart.

In this creative and cantankerous Belgian fairy tale directed and co-written by Jaco Van Dormael (Toto the Hero, The Eighth Day), God is not a kindly old man with a beard who watches over humankind. He is a violent, angry, and unhappy jerk (Benoit Poelvoorde) who lives in Brussels with his wife (Yolanda Moreau) and his 10-year-old daughter Ea (Pili Groyne). The two females spend a lot of their energy trying to cope with his surprise attacks on them. His son JC (David Murgia) has disappointed his father and been relegated to being a statue that occasionally talks. 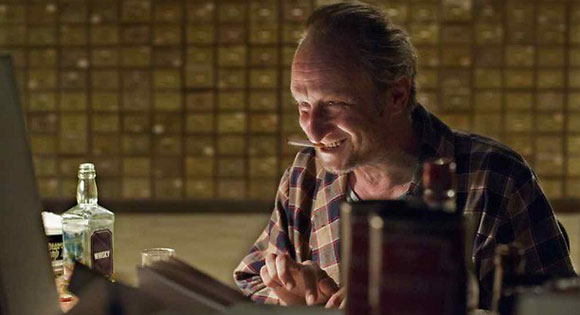 In her voice-over narration, Ea gives us a kooky explanation of her father's acts of creation. First, he filled the capital of Belgium with giraffes and ostriches but that didn't look right, so he fashioned human beings. We see one of them standing on a roof with his genitals digitally blacked out. He meets a woman and after much "begetting," the world fills up.

But it doesn't take God very long to grow bored with his creation and so he amuses himself by coming up with "Laws of Annoyance," such as "Other lines always move faster," "Just when you get into the bath, the phone rings," and "A fallen piece of toast always lands jam-side-down." 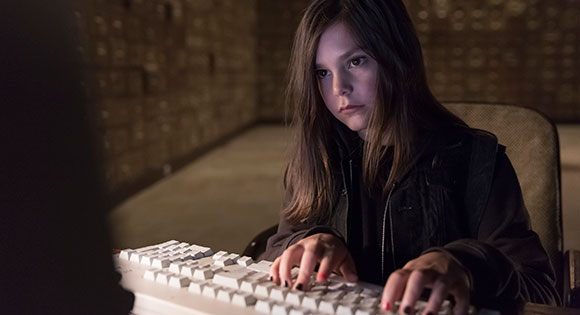 Ea loses it after seeing too many disasters and tragedies put in motion by her malevolent father. She decides to take away the one power he has over humanity, his knowledge of death. She breaks into his computer and sends an unsolicited text message to everybody in the world who has a smart phone revealing the date and time of their death. This forces some people to live in the present moment in gratitude while others see it as a chance to test the message's validity. (Watch the antics of one self-destructive kid told he has many years to live who repeatedly dives off high places.) As we squirm in our seats in the theatre, we are forced to ask what we would do if we knew the exact date and time of our death.

Realizing God won't take well to her interference, Ea crawls out of her home through a washing machine and begins her mission to gather disciples. Her brother has suggested she find six to add to his twelve; eighteen is the size of a baseball team – her mother's favorite sport. As Ea meets them, they miraculously show up as additions to Da Vinci's painting The Last Supper back home, much to her mother's delight. 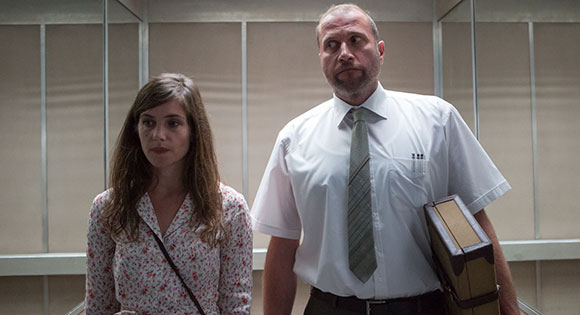 Ea's other mission is to create a Brand New Testament. The gospel stories are to be contributed by the six disciples. They all are in need of a miracle to revive their lives and spirits. Aurelie (Laura Verlinden) is a pretty woman who fights loneliness after losing her arm in a subway accident. Francois (Francois Damiens), an insurance salesman who has always thought of himself as a killer, falls in love with her. Jean-Claude (Didier De Neck), a former adventurer, is liberated from his boring job by following a flock of birds to wherever they take him. Marc (Serge Lariviere), a socially awkward man who longs for a sexual relationship, has his heart is softened when he meets someone he admired as a young boy. Martine (Catherine Deneuvre), a bored housewife, finds what she's looking for in a gentle gorilla, and Willy (Romain Gelin), a sickly boy with only a week to live, decides to spend it as a girl. Their stories are copied down by a homeless old man (Marco Lorenzini) whom Ea has recruited to be her scribe. 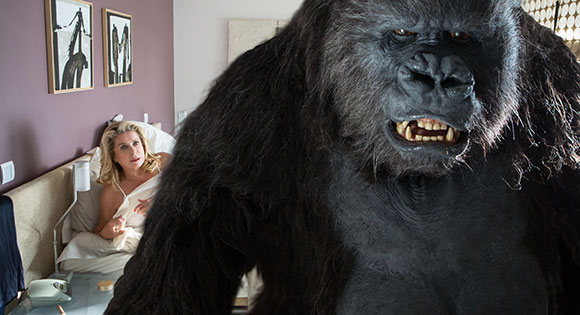 Meanwhile, God, in a rage, follows her through the washing machine, determined to bring her back to restart his computer. Of course, nobody in the city believes him when he declares that he is God.

One of the best things about The Brand New Testament is its zany and sometimes touching depiction of the difference between an angry and aggressive God and the merciful and compassionate ministry of his daughter. It is thoroughly enchanting to see Ea introduce each disciple to his or her own inner music and to tell them the song or classical music that is their own. On several occasions, she uses a small cup to gather the tears of these transformed souls. 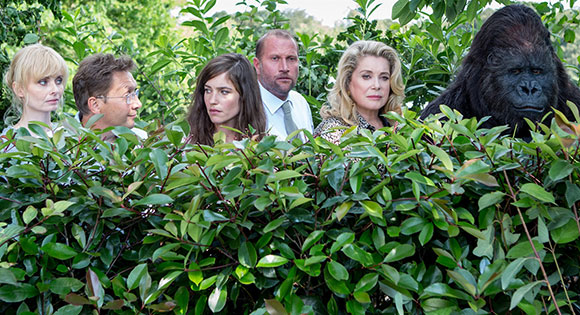 Ea is serious about her mission and by the end of this dramedy we have seen enough of the Divine Feminine (watch for Ea's mother as a surprise Goddess) in action to welcome her kind of spiritual enchantment as an alternative to our worn-out and conventional masculine paradigm of God. The daughters of God have wisdom to share with us, and the time is ripe for their updated and revised New Testaments.

The Brand New Testament is one of Most Spiritually Literate Films of 2016.