Directed by Emmanuelle Bercot
A riveting French social justice drama about a courageous female whistleblower who discovered the health hazards of a diet drug.

This ethically-charged French drama tells the true story of Irène Frachon, a pulmonologist who works at a teaching hospital in Brest, France. In 2007, she discovers in some of her patients cases of heart valve damage. The drug that turns out to be the culprit is benfluorex, the active ingredient in Mediator, a popular medicine used by hundreds of thousands of people to lose weight and to treat diabetes. 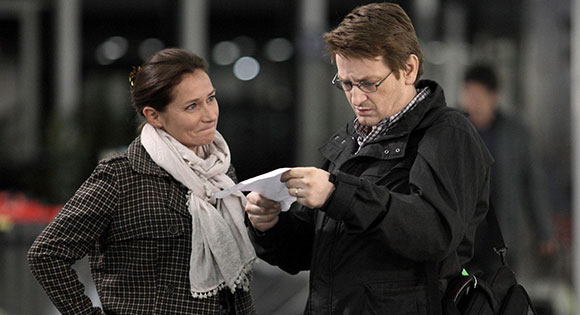 With the help of Professor Le Bihan (Benoût Magimel), Irène (Sidse Babett Knudsen) searches for the evidence she needs to make a case against the large pharmaceutical company that produces the medicine. Naturally, they use their immense power and wealth in attempts to discredit and stop her research, even though 500 people have died from a heart valve disorder.

Emmanuelle Bercot directs this riveting account of Frachon's whistle-blowing efforts and cites Steven Soderbergh's Erin Brockovich as a key influence on this film. Other whistle-blowers come to mind: Daniel Ellsberg and the Pentegon Papers, Jeffrey Wigand and the tobacco industry, Karen Silkwood and the nuclear industry, and Julian Assange who founded WikiLeaks. (See Also Recommended for our list of films about whistleblowers.) 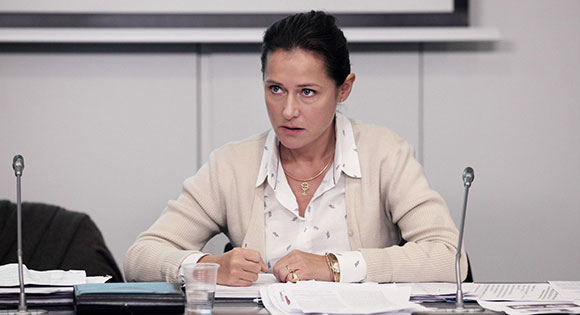 Sidse Babett Knudsen gives an intense and gritty performance as Irène Frachon who incarnates the following whistle-blower traits: altruism, a keen sense of justice, a strong-willed and stubbornly committed personality, an ability to overcome adversity, willingness to take a stand, and reliance on moral theories that emphasize rights.