Directed by Delphine Coulin, Muriel Coulin
A look into the emotional fireworks that emerge when a band of stressed out soldiers from Afghanistan arrive for some R & R in Cyprus.

The first film directed by the Coulin sisters was 17 Girls, which is worth seeing given its intriguing portrait of the feelings, fears, and emotions of a group of pregnant girls. In The Stopover, the focus is on Aurore (Ariane Labed) and Marine (Soko) who are on transport plane headed from Afghanistan to Cyprus. They and a large group of male soldiers have been chosen to chill out and decompress at a five-star hotel. 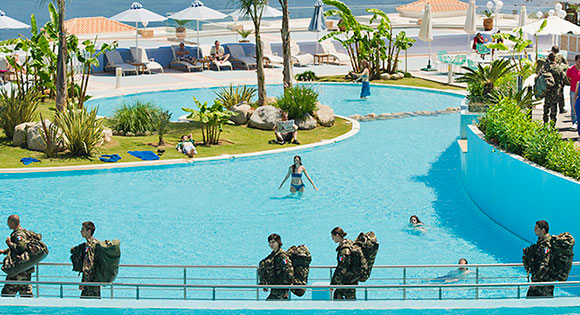 These two women's friendship since childhood is tested as they begin assessing what close encounters with death have done to them. Almost all the soldiers at the hotel suffer from post-traumatic stress disorder. While others take in the pleasures of swimming, gambling, and relaxing, Aurore, Marine and another woman ditch a therapy session to go sightseeing with two Cypriot men. 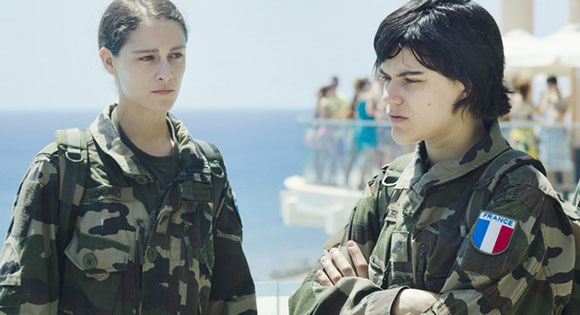 Written and directed by Delphine and Muriel Coulin, this compelling French film vividly conveys the stress and vulnerability of these soldiers who are taken from a war zone and plucked into a hedonistic pleasure palace where their pent-up feelings of fear, anger, and revenge come to the surface. Clearly, just as the military needs to improve how Afghan war veterans are treated when they return home, they need to revamp r&R programs like the one depicted here.