In the Forest of Siberia

Directed by Safy Nebbou
A French film about a burnt-out man who spends some prime time in the wilderness of Siberia seeking the insights of solitude.

Here is a French film that will speak to the part of you that yearns for solitude and the silence that often accompanies it. Perhaps you would love the opportunity to explore the inner realms of your emotions. Perhaps you are convinced that you can be more open to the manifestations of the natural world during periods of solitude.

One of the shocking cultural trends is that young people today have no or little desire for solitude, have never heard of it, can't imagine why it would be worth having. They much prefer the company of their electronic devices that keep them connected at all times. That's not so for the young man of In the Forests of Siberia; it is directed by Safy Nebbou based on the book The Consolation of the Forest by Sylvain Tesson. 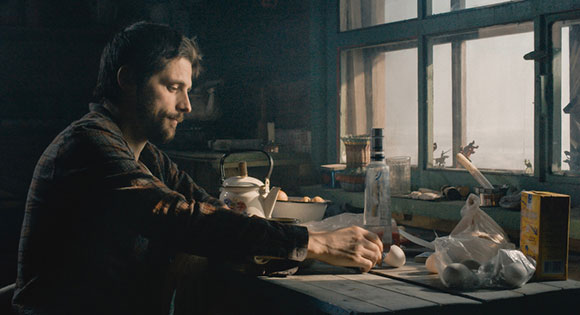 Teddy (Raphaël Personnaz) arrives to spend one year in a hut near Lake Bikal in Siberia after experiencing an emptiness is his life in the civilized world. In a voiceover, he explains why he has come to this bleak and barren wilderness: "I left because life was choking me like a tight shirt collar. I left because work was deafening me, and I was dazed for want of time. I craved a life of slowness, of simplicity."

After buying an isolated cabin from a Siberian couple, far from a village, he settles into his new life. He skates on the frozen lake, uses the sauna, tries ice fishing, gets rid of a hungry bear who interrupts him in a moment of contentment, and almost dies when he is caught in a white-out during a blizzard. A Russian named Aleksei (Evgeniy Sidikhin) who calls himself "a poacher" rescues him in the nick of time. They become friends. Meanwhile, Teddy begins to assess how much longer he can stay in the cold, put food in his stomach, and fend off the other hungry animals in the area. 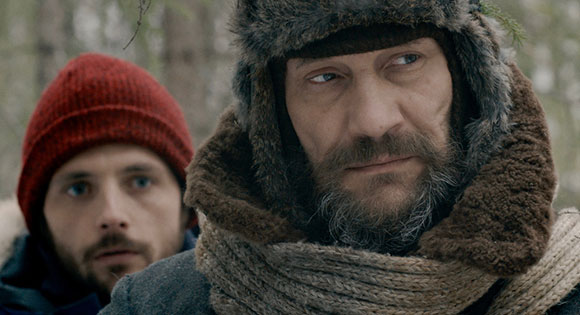 During his brief sojourn with solitude, Teddy's body catches up with his mind as solitude allows his brain to rest and provides an opportunity for perspective. In the Forests of Siberia reminds us that solitude is something we choose whereas loneliness is imposed on us by others.