Directed by Hirokazu Kore-eda
A touching story about a mad and sad blocked writer in the midst of a midlife breakdown.

We are huge fans of Japanese director Hirokazu Kore-eda's films. They always touch the heart with their quirky characters and respect for the manifold mysteries of life.

We were moved by Maborosi, a profound film about one woman's long and arduous journey through grief's labyrinth.

Next was After Life, an exquisite drama about individuals choosing the best days of their lives.

Nobody Knows told the harrowing story of four children in Tokyo who are abandoned by their mother and forced to fend for themselves.

In Still Walking, the director turned his attention to a Japanese family get-together to explore sibling rivalry, the yearning to be wanted, and the mysteries of death.

I Wish was a charming and inventive drama about wishes, questing, friendship, sibling solidarity, and the wonderful support of grandparents when we need them the most.

Like Father, Like Son explored the slow and surprising transformation of a self-absorbed and distant father who comes to see how important it is for both children and parents to be loved and appreciated.

In his latest film, After the Storm, the lead character is Ryota (Hiroshi Abe), a burnt-out writer who won a prize for his first novel but has not been able to follow up with another. Fifteen years have elapsed. His wife Kyoko (Yoko Maki) has left him and has vowed to not let him see Shingo (Taiyo Yoshizawa) unless he pays child support. Although Ryota has a job working for a private detective agency, his gambling addiction is a major problem for him. 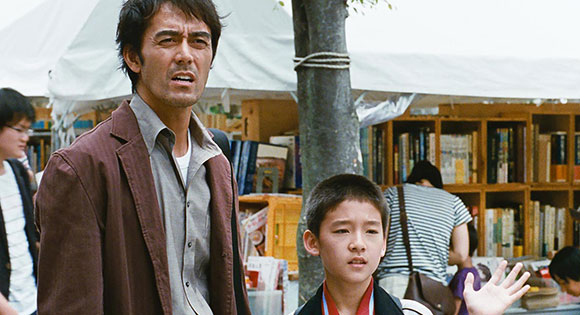 Facing a cash flow shortage, Ryota frantically searches for something of his deceased grandfather's to sell. This middle-ager is not only a compulsive gambler but also one of those Peter Pan dreamers who doesn't want to grow up and face the adult responsibilities of being a father. Everyone but his mother (Kirin Kiki) is convinced that Ryota and Kyoko will solve their problems and get back together. "I’m the great talent that blooms late," he tells his mother. "Well you’re taking too long," she replies. "Hurry up, or I’ll haunt you." 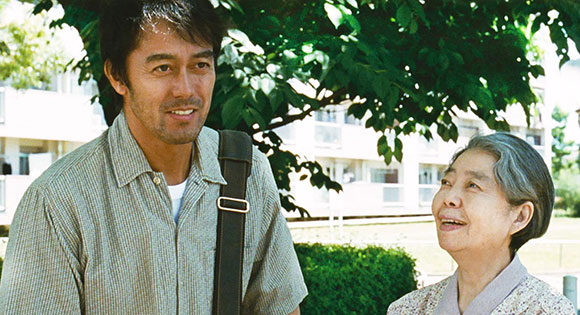 Writer and director Hirokazu Kore-eda zeroes in on Ryota's middle-age malaise, a feeling that strikes men all over the world and brings their mad and sad lives crashing down around them. Ryota is mad at himself for not producing another novel, and he is very sad to realize that he and his wife are not going to reunite. His gambling is an act of pure self-destruction. All of these inner and outer challenges converge in Ryota's feeling that he is a failure. As a typhoon rages outside, this broken-down man hides away with his son until the storm ends. 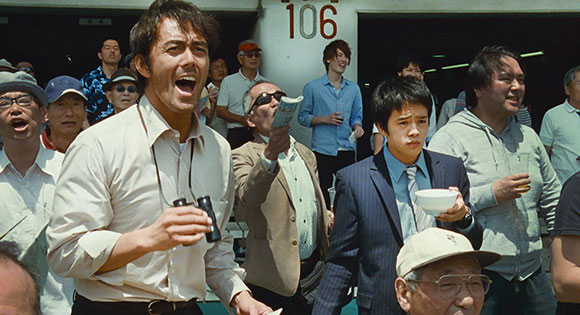 In the end, Ryota decides to let go of some of the negativity baggage he is carrying around but this does not mean that he is giving up. His mother, his son, and his young partner in the private detective agent are willing to support him and give him the encouragement he needs to carry on. As we leave the theater, we find that we care about this character and wish him well.