All These Sleepless Nights

Directed by Michal Marczak
A documentary drama of the night-time quests for pleasure via booze and drugs of a twenty-something pair in Warsaw, Poland.

What is going on in the minds and bodies of youth who spend night after night moving from club to club seeking pleasure and desperately hoping for something – anything – to bring them alive to their senses?

In All These Sleepless Nights, writer and director Michal Marczak maps the movement and pivotal moments in the wanderings of two twenty-somethings as they ramble down the streets of Warsaw, Poland. This comes across as a pleasure palace to those seeking sex, drugs, dancing, romance, and talk about work, relationships, and the future. 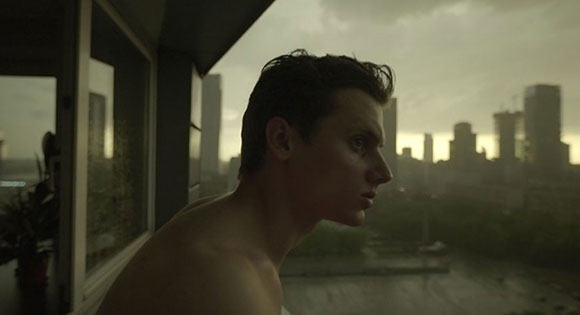 Kris (Krzysztof Baginski) looks out over the city from his apartment and sees a fireworks display, a metaphor perhaps for his life. He's just broken up with his long-time girlfriend who grew tired of his refusal to verbally express his love of her. His response to everything is the same: dancing the night away bolstered by booze and drugs. He and other young urban people enjoy playing different roles and games.

Kris finds a certain ease and grace in the company of Michal (Michal Huszcza) who shares an apartment with him. They mingle their fantasies and wishes; they explore the far reaches of the city at night; they get in a minor brawl with some other guys; and they often descend into the boredom which threatens to devour them once the liquor and the booze wear off. 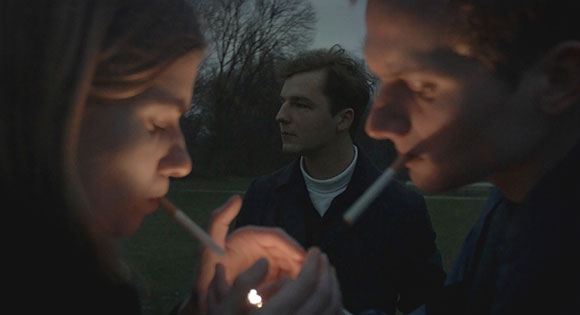 The friendship between Kris and Michal is put in jeopardy when Eva (Eva Lebuef), Michal's ex-girlfriend, has a romantic interlude with Kris. Where did you come from?" he asks her, and she replies, "From your dreams." They move from party to party, savoring the small delights that come when a romantic relationship is in its earliest bloom.

At one point Michal accuses his best friend of being totally self-absorbed. Eva comes to the same conclusion. From what we have seen of Kris, we suspect he will never be satisfied with what shows up in his life. When another woman asks him what he is looking, he responds: "I am looking for what I am missing."

R - language and smoking throughout, drug use, some sexuality/graphic nudity