The Lost City of Z

Directed by James Gray
A mesmerizing quest movie about a British explorer's dangerous expeditions in the Amazon rainforest.

Major Percy Fawcett (Charlie Hunnam) is an angry young man stationed in Ireland when he is summoned to London for an important meeting. He has high hopes of improving his military ranking. But thanks to his father's alcoholism, he is not seen as fit material for leadership on the battlefield or in high society. His superiors offer him a two-year job mapping the border between Bolivia and Brazil. 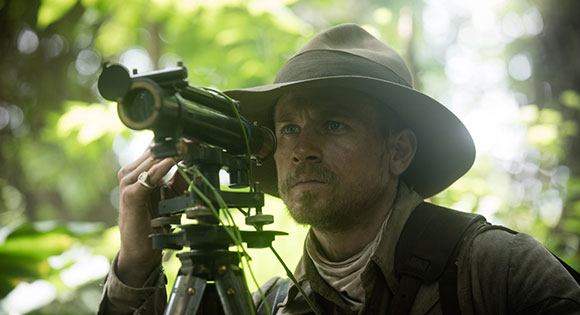 Fawcett decides to take the assignment and hopes to prove himself as an extraordinary soldier become explorer. He bids farewell to his patient wife Nina (Sienna Miller) and young son and, accompanied by an experienced traveler, Henry Costin (Robert Pattinson), he heads into the dangerous Amazon rainforest. They recruit some other men and an Indian for the trek. 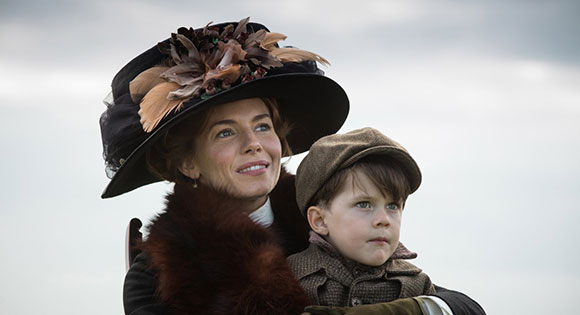 In the Amazon, Fawcett faces one hardship and setback after another — dangerous animals defending their territory, crew member grumblings, a wild river that often becomes an adversary, the constant assaults of disease, and an attack by indigenous people armed with whizzing arrows. What surprises him most on this first adventure is their visit to the headquarters of a local rubber baron where they attend an opera.

The Indian guide runs off, but not before telling Fawcett that there once was an ancient city in the dense jungle. Later, Fawcett finds some pottery and tree carvings which hint of a highly developed civilization. He becomes convinced that there is indeed a lost city, which he calls Z or Zed. 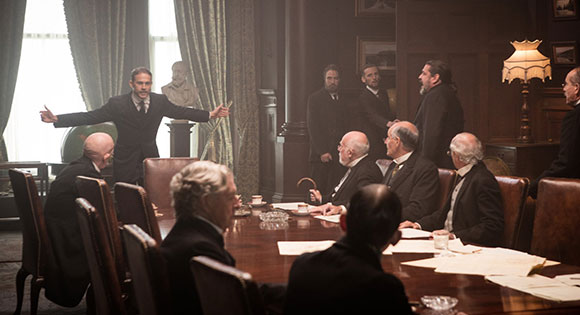 Back in England, Fawcett shares his passion for finding Z in a speech before the Royal Geographical Society. He is astonished to learn that the members don't share his interest in confirming the existence of a city which could rival that of the Incas. Regarding the Amazon Indians as savages and slaves, they believe that that these dirty, ignorant, and primitive people could not have created a sophisticated society. Fawcett becomes more determined than ever to prove them wrong.

Sensing her husband's disappointment, Nina makes a valiant but unsuccessful attempt to convince him to take her along on the next trip. Instead, he agrees to let James Murray (Angus Macfadyen), a fellow explorer with financial resources, to accompany him. Things do not go well with this collaboration. 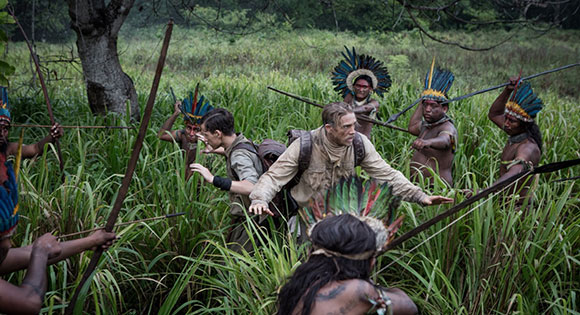 James Gray is director for this wild and mesmerizing quest movie. In the spirit of Richard Burton, David Livingstone, and Ernest Shackleton; Fawcett is obsessed with exploration and determined to make his mark through a major discovery. His oldest son Jack catches his father's fearlessness and joins him for another trip.

What we found most interesting about this story is Fawcett's openness to the Indian cultures. In his negotiations with tribal chiefs and in his direction of the men who accompanied him on three journeys, this earnest warrior reveals his acceptance of the mysteries of human nature and the jungle. He demonstrates awe, wonder, and gratitude. Those practices make The Lost City of Z one of the Most Spiritually Literate Movies of 2017.