The Woman Who Left

Directed by Lav Diaz
An intense morality tale about the resilience of a good-hearted woman.

There seems to be a growing number of slow-paced and lengthy films directed by rebels against the established order of fast-paced action dramas filled with one adrenaline-pumping scene after another.

Lav Diaz, known as the elder statesman of the third Golden Age of Philippine Cinema, makes this kind of movie. His last work, Lullaby to the Sorrowful Mystery, was eight hours long.

The Woman Who Left is 3 3/4 hours, has no close-ups, and contains many scenes shrouded in the darkness of night. Diaz's story is inspired by a short story by Russian writer Leo Tolstoy about a merchant who languishes in prison and comes to a series of epiphanies about his plight.

This slowly unspooling drama begins with a shot of laborers hard at work in a woman's prison. It's 1997 and we hear a radio broadcasting news that Britain is handing over Hong Kong to China, a sign that Western colonialism is nearing its end. In addition, a series of murderous kidnappings has citizens in the Philippians caught up in fear. 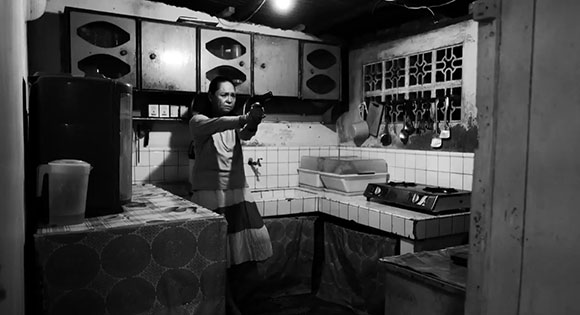 Horacia (Charo Santos-Concio) is a teacher and storyteller in the prison where she has spent the last 30 years of her life. After another woman confesses that she committed the crime Horacia was charged with, this good-hearted soul is set free.

There is nothing remaining of her former home — her husband is dead, her daughter is estranged from her, and her son is missing. Horacia sells her property and heads for the city with the intention of tracking down Rodrigo (Michael De Mesa), her former boyfriend who framed her for murder. He is now a wealthy criminal and in her mind, deserves to die for wrecking her life. 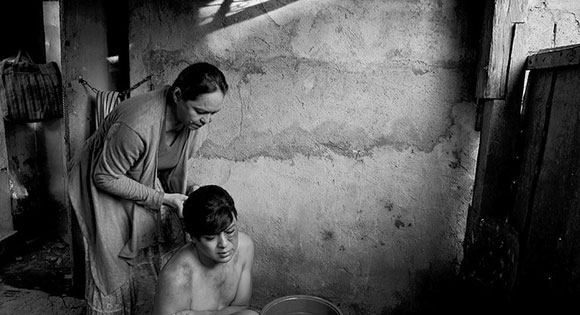 The Woman Who Left is a morality tale that does not shy away from the pain and suffering in the world brought on by poverty, isolation, and violence. It compels us to consider the high cost of revenge. In the end, Horacia's nurturing qualities come to the fore in her kindness toward a lonely woman with mental difficulties and her compassion for an injured transgender prostitute, Hollanda (John Lloyd Cruz). In her service of others, she finds a moral compass to guide the rest of her days.