Directed by Demetri Martin
A touching dramedy about the different styles of grief.

"Loss and grief are inevitable. Growth is optional."

Dean (Demetri Martin) is an illustrator who lives in Brooklyn. He is working on a second book of witty line drawings. But he feels unhinged since the death of his mother. He still cannot relate to his father Robert (Kevin Kline), an engineer, who is preparing to sell their home. He describes him as someone who approaches life as a series of problems to be solved by reading all the right books, whereas he's more of a self-help guy who prefers to sit around thinking.

Opposed to losing the place where he grew up, Dean decides to escape the decision-making by flying to Los Angeles for a possible job with two hotshot dot-com fellows. The meeting confirms his feeling that "I can't bring myself to work with people who call themselves 'creatives.' " 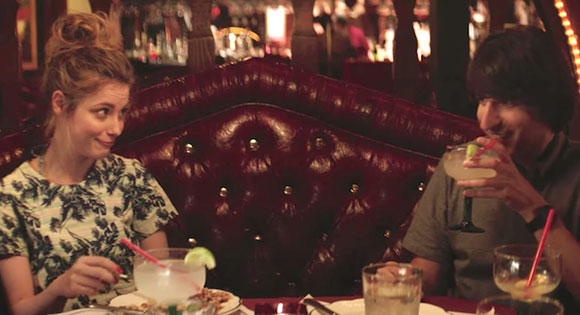 Demetri Martin has written, directed, starred in, and provided the drawings for this dramedy. He sprinkles close-ups of Dean's clever drawings on the screen as the story unfolds, giving us another perspective on how he is feeling. There are some funny scenes at a nightclub and at the wedding of his best friend.

But the focus of our attention is directed to the different ways family members express their grief. Both father and son are vulnerable to nurturing women: Robert contemplates beginning a relationship with Carol (Mary Steenburgen), the real estate agent handling the sale of his house, and Dean stumbles (literally) into a relationship with Nicky (Gillian Jacobs) in L.A.; she seems convivial enough except for her curt and critical best friend.

Whereas Dean moves naturally through New York City, he comes across as unbalanced in Los Angeles. Back home, he gains more perspective from his best friend, who tells him that with his mother's death, he's come to the "first big thing in your life you are never going to get over." 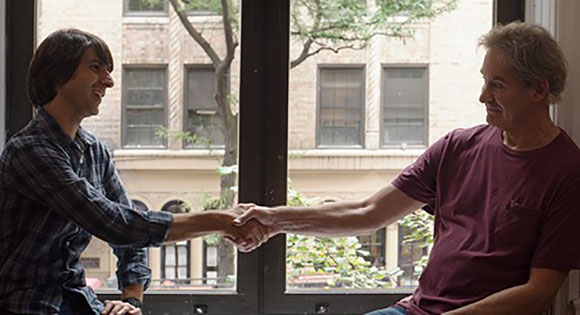 By the end of this well-paced drama, as Dean and his father talk again about their loss, we realize that coping during a transitional period in life requires patience, compassion, and large doses of kindness. And as many spiritual teachers have told us, grief is the price we pay for love, and it can be the source of much growth and gain.

PG 13 - Language and some suggestive material