Okja has a limited run in theaters but is available on-demand on Netflix Streaming.

South Korean director Bong Joon-Ho has made another sci-fi thriller that follows in the train of Snowpiercer, a dystopian masterwork illustrating the moral rot of dividing the population between a winning class versus everyone else as the scum of the earth, and The Host, a monster movie as well as an environmentalist comedy. He likes to mix movie genres, and this creative drama turns out to be an animal rights story, a satire on corporate greed, and a touching depiction of the friendship between a little girl and a gigantic pig. 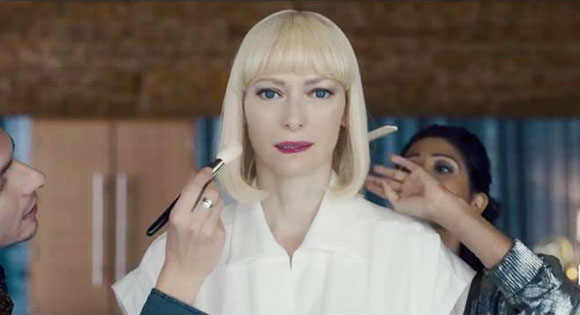 The world faces a food crisis and Lucy Mirando (Tilda Swinton), the CEO of the Mirando Corporation, announces a new program to produce a new source of meat, super-pigs (about the size of a hippopotamus). Piglets have been distributed to farmers around the world who have agreed to raise them over a period of 10 years in sustainable, free-range conditions. The corporation claims this will create a new source of natural food, since that's what the public wants, but actually they are genetically modified animals bred in a lab. 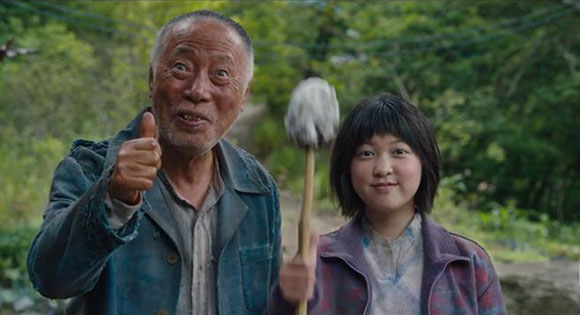 One of the piglets is leased to Mija (An Seo Hyun) and her grandfather who live in a remote mountain region of South Korea. The early section of Okja shows how the little girl is the super-pig's caretaker, friend, sibling, and parent. In one dramatic scene, Okja risks her life in an attempt to save Mija's life when she falls off a cliff and dangles from a rope.

The ten-year period is over, and the Mirando Corporation sends its media spokesman, Dr. Johnny Wilcox (Jake Gyllenhaal), to choose the winner of the super-pig contest, who will be taken to New York for a big PR event. Although at first happy when Okja is chosen, Mija rightly senses danger is ahead. She follows her beloved beast to Seoul, where she is assisted by animal activists calling themselves the Animal Liberation Front. Their leader (Paul Dano) has a plan to expose the truth behind the Mirando Corporation's super-pig program at the New York event. 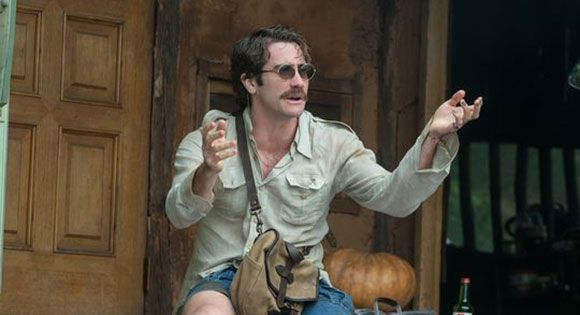 Okja is part black comedy, part call for animal rights, and part tribute to interspecies communication. Peppered throughout the story are hilarious action sequences, some crazy chases, and many touching moments. (There are also disturbing scenes inside a super-pig slaughterhouse, which make this film inappropriate for children.) Like most dystopian tales, this one reflects the fears and excesses of contemporary societies. If you've wondered where you stand on genetically modified foods and factory farming, this movie will help you decide. 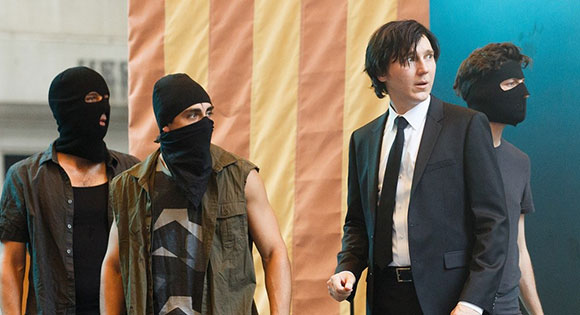