War for the Planet of the Apes

Directed by Matt Reeves
The third in a series of sci-fi epics that surges with an unflinching focus on spiritual matters.

War for the Planet of the Apes is the third in a series of sci-fi epics. It follows Rise of the Planet of the Apes where Caesar (Andy Serkis), an ape who has been raised by humans and has highly developed cognitive skills, becomes leader of an ape community and leads them to freedom. Dawn of the Planet of the Apes, set some years later, finds the apes living peacefully in Muir Woods in northern California. However, a virus has killed off most of the human population, and the survivors blame it on the apes. One of them, Koba, is unable to forgive humans for what they had done to apes in laboratories. Fearing the humans want to destroy them now, he wants to attack first. Caesar argues for nonviolence and peace. 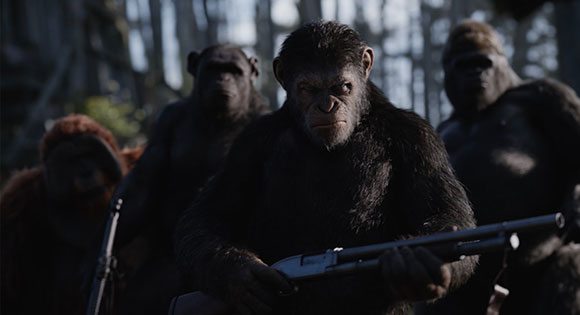 In this film, the humans are coping with another virus, one that makes them mute. Again, they set out to exterminate the apes. A ruthless and malevolent Colonel (Woody Harrelson), who regards this mission as humanity's last stand, succeeds in capturing many of Caesar's community and taking them to a work camp; he is constructing a wall to keep out another contingent of humans. "This is a holy war," he states. "All of human history has led to this moment." 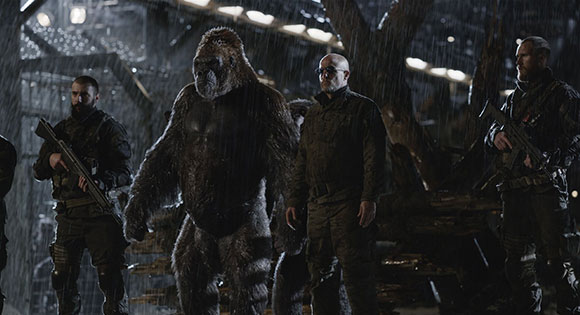 Caesar's peace-making instincts have been worn-down by so many battles and so much violence. Given a chance to flee with his community to a desert sanctuary, he chooses instead to go on a mission of revenge by killing the Colonel for murdering his wife and son. Maurice (Karin Konoval), a huge Orangutan and member of Caesar's inner circle, reminds him that "Now you sound like Koba."

This wise Orangutan has one of the magic moments in the drama when he, in an act of compassion, tries to sooth the troubled soul of a mute human orphan (Amiah Miller); unable to leave her alone, he brings her along on their journey. Another newcomer is Bad Ape (Steve Zahn), an escapee from a zoo who has been living in a cave alone. He finally agrees to take Caesar to the work camp. There they must use all their intelligence to find ways to save the apes, and Caesar faces his greatest moral challenge. 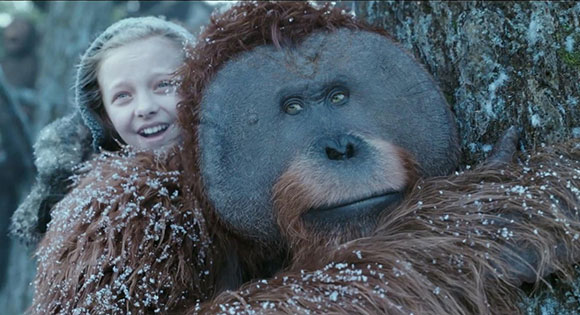 Matt Reeves directs War for the Planet of the Apes with a genuine respect for this saga which encourages us to reflect upon the emptiness and self-destructiveness of revenge, the moral qualities of leadership, the folly of war, and the life-affirming values of forgiveness and compassion. While other franchises have succumbed to tedious crash-and-burn sequences and an over-emphasis on special effects, this trilogy has impressed us with its unflinching focus on spiritual matters and the inventive acting of Andy Serkis as the soulful leader of the simians. At the end, it also gives us one of the best examples of you-reap-what-you-sow ever put on film.

PG-13 - sequences of sci-fi violence and action, thematic elements, and some disturbing images